Despite the luxury of a private room for the night I had very little sleep and was tossing and turning most of the night, probably due to a wine or two too many at dinner. It was also extremely windy during the night, which is probably the norm for the area, considering that there are dozens of wind turbines on the ridge that we crossed yesterday. The howling of the wind added to my restless night. Unfortunately it is still howling in the morning when we leave, compounded by light rainfall. So when we leave at a leisurely 8am, we are all togged up in our waterproof gear when we set off for the next stage of the camino.

We struggled against the elements during the first few kilometres until the sun won out and we had to stop to remove some gear. We expected to find a cafe for breakfast at the first village we hit but there was nothing open so we walked on to Puente la Reina, a very pretty town 7.5 km away, where we found a hostel where we could eat a buffet breakfast for a very reasonable 4€, although the waitress did decide to remove the buffet food when she had judged that we had eaten more than our share. 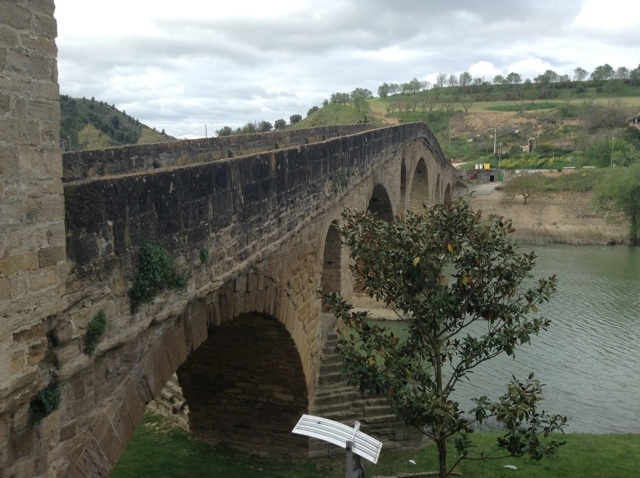 The walk was very pleasant, through rolling green fields of grain (not sure what type, perhaps oats?)

There were some challenging climbs but plenty of easy terrain. Half way through the morning we came into wine territory and the lush green fields become interspersed with vineyards. 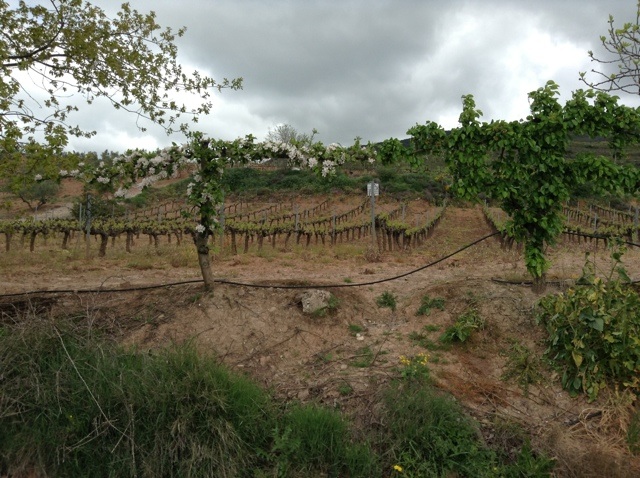 We stopped in the village of Lorca for some lunch.

And then continued to the town of Estella where we arrived just after 5pm, having walked 30 km. We found accommodation in a parochial albergue, where we were invited to make a donation in lieu of set fee. Ella had developed an ankle strain during the walk and we all decided to take it a little easier the next day. After showering we went to find something for dinner but searched this good sized town for ages before finding the main square where there was a selection of restaurants, but all seemed overpriced. It does seem a lot more expensive to eat in the north of Spain than I am used to in Andalusia. We returned to the albergue in plenty of time for lights out at 10pm and slept in a room of bunks accommodating 14 people, who were all very well behaved, although I opted to wear ear plugs just in case! Not many photos today due to the rain – I don’t want to spoil my new toy! 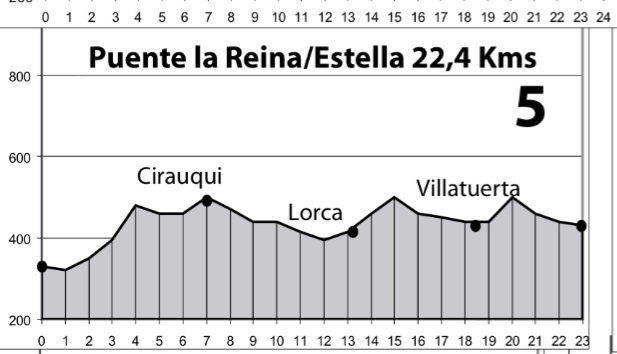