I got up at 5:45am this morning before the general wake up call so that I could comfortably use the facilities before the mob arose. There were a few people up already, but not many. It is still taking me a long time to organise myself but I had a head start. We left pre-dawn before 7am and set off with our ‘camino family’ through lovely countryside once again. There are many horses grazing the hillsides – very sturdy animals. 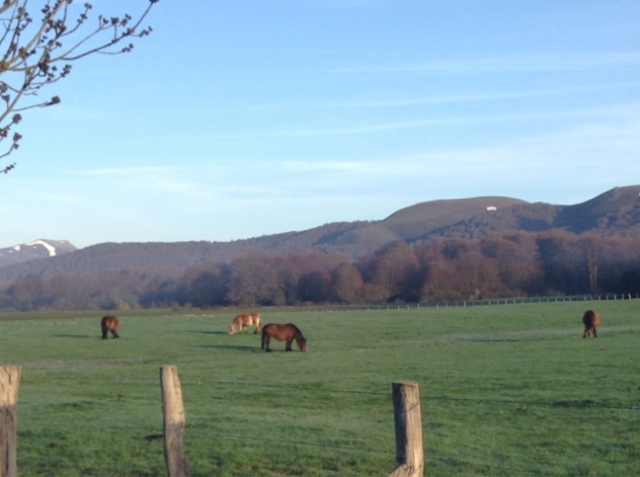 We walked through farm land and had to dodge the cow pats. The path continued through more beech forests, with enough inclines to make it very hard work. I found the walking today very hard, nothing in particular hurt that much, I was just generally fatigued. 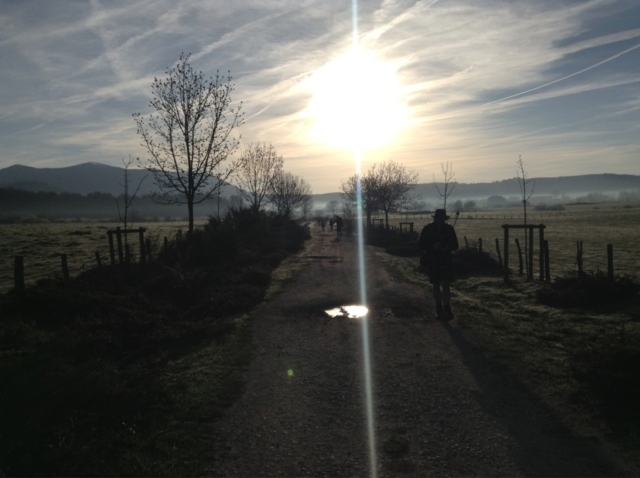 We stopped at 7:45 am, after 3.5 km at the first village, Burgete, for some breakfast. I had a croissant, but the others all had large portions of pie, and Søren even managed a second portion. He is a big chap and needs a lot of fuel!

We carried on to the next village and stopped for coffee at 10:30 am when we all took our boots off to wriggle our toes.

We continued through the forest until it was time for lunch and found a grassy spot off the track to eat our picnic lunch. By now it was getting very hot but whilst we were in the forest we were shaded by the trees. 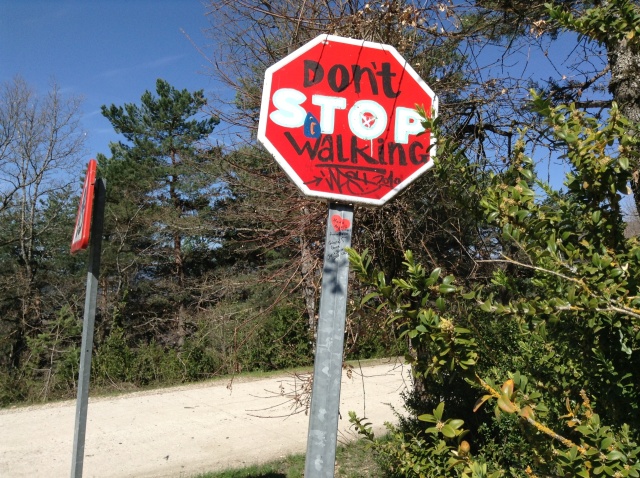 We then slogged on to Zubiri where we crossed the stone bridge into the town and stopped for a beer at 2:30 after more than 20 km. 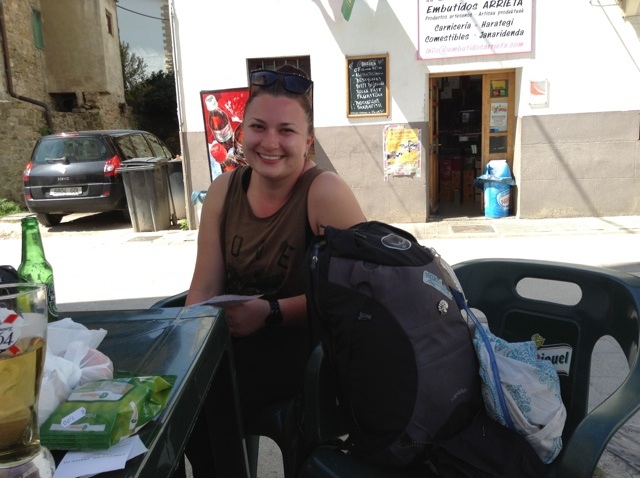 A lot of pilgrims finished their day’s walk here, but we decided to tackle the next 5 km of the camino and arrived at the albergue in Larrasoaña at 4:30 pm. The whole day had been a hard slog but this last stretch was really difficult and the sun had started to pound down on us. We all felt very weary by the time we arrived. 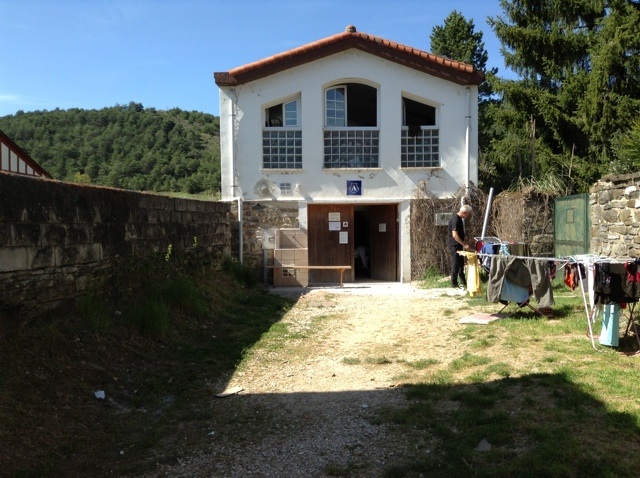 My ‘Achiles heel’ returned to haunt me halfway through the day when the blister I had suffered with previously started to burn again. Then I remembered that I had something in my bag to treat it. I had read on the camino forum that if you see some sheep’s wool stuck in a fence en route, you should collect it as it can be used as an excellent cushion for a blister. I had found some yesterday and had pulled out all the bits of twig and grass and put it in my pocket. So when we stopped for lunch I retrieved it, shaped it into a coin sized ball and taped it to my heel. It seemed to do the trick and helped me carry on for another 10 or 12 km, although after my shower I realised that it needed more attention, so at bedtime I pierced it with a needle and thread, leaving the thread ends running through the blister in order to continue to drain it. This is the advice given for treatment and I shall reapply the sheep’s wool in the morning.

We have gone from an exceptionally well organised albergue last night to appalling conditions tonight. The accommodation is on two floors, with 15 bunk beds on the first floor and two bunks on the ground floor where there are also separate ladies’ and gents’ facilities each with two showers and one loo. Ella and I found bunks empty downstairs and were sharing with two spanish guys. The beds were just a couple of metres from the loos and you can imagine the comings and goings with 34 pilgrims needing to use the facilities. Some very inconsiderate people returned to the albergue after everyone had settled for the night and were really noisy, and continued to shout and giggle for an age, and as soon as they quietened the trumpeters started – such loud snoring that I expect the whole village could hear. Poor Peter was sleeping in the next bed to the main culprit whose friend contributed in a different key and his wife joined in from time to time. 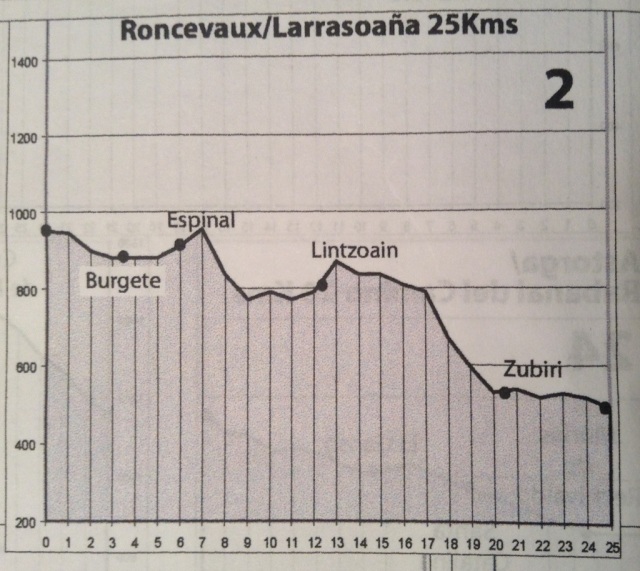