A very strong wind picked up last evening which was howling all night and was still raging this morning.

I wrapped up with fleece sleeves under my raincoat, my buff head band over my ears, and my sock gloves keeping my hands from freezing. It was a different sort of cold from the frosty mornings of a few days ago, not so raw but definitely very chilly. I stowed my walking poles as it is very difficult to use them efficiently with my thumbs locked into the socks and also a very strong wind can blow them off course and in front of my legs which could cause a trip.

My notes described the walk as ‘being on top of the world’ which would have been fabulous on a balmy spring day, but not quite so great when battling through a gale force wind. The surroundings were marvellous – big undulating hills covered in heather and gorse with views for miles around. A huge reservoir came into sight with bright sapphire coloured water. 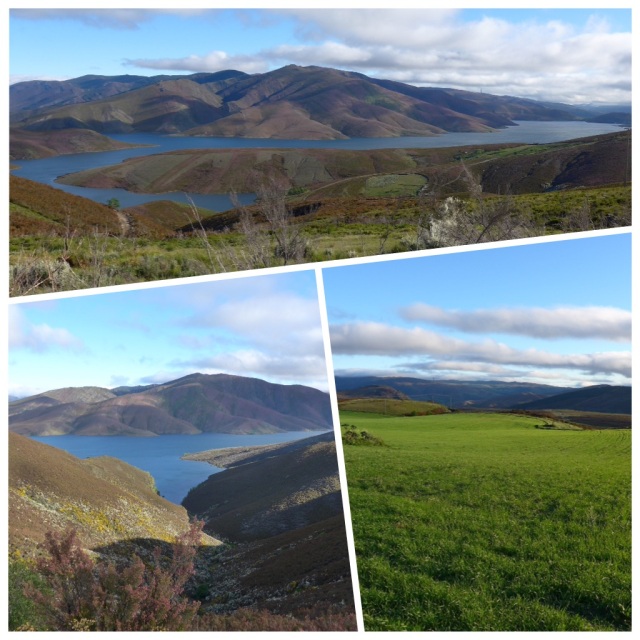 My head started to hurt from the cold so I wrapped my infinity buff around my ears and put my hood up – I am setting trends all along this camino! I was striding at quite a pace and was enjoying walking without my poles for a change, but after around 12 km I started to get an ache in my back and as soon as I put the poles into action it disappeared immediately. I passed everyone in front of me, was given swift chase by a spanish guy who seemed not to like me (a mere woman?) passing him – but I joined in his game and kept him at bay until we came to a very severe and long descent on shale, at which point I slowed right down for safety’s sake and let him rush past. We exchanged a few words – he is from Santiago de Compostela, so I complimented him on his city as I ate his dust. 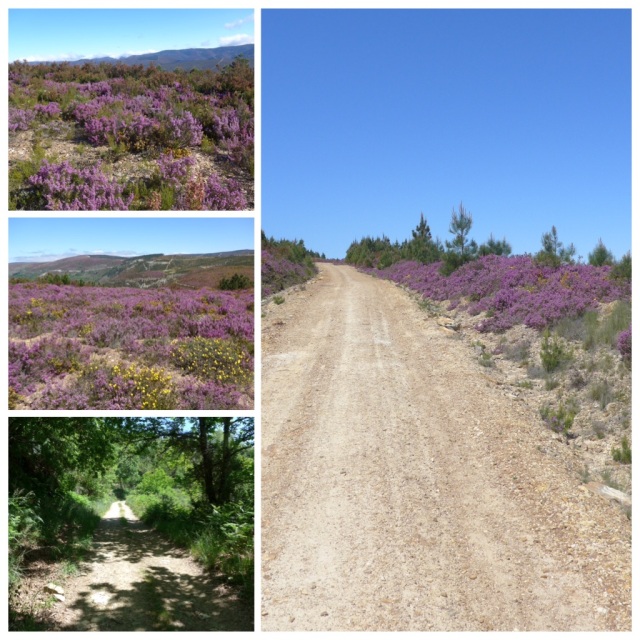 The first stop was at 20 km in the tiny village of Campobecerros, where I stopped at the first cafe and ordered an extra large Cola Cao (hot chocolate) and a bacon butty. A well deserved treat. Slowly but surely my latest walking companions arrived and all were compelled by the aroma of my bacon to order it for themselves. I think the friendly señora at the bar was quite pleased with my choice. 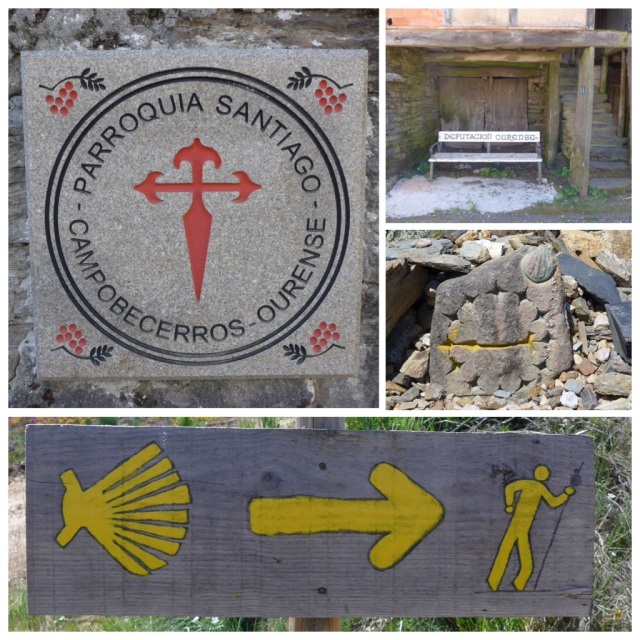 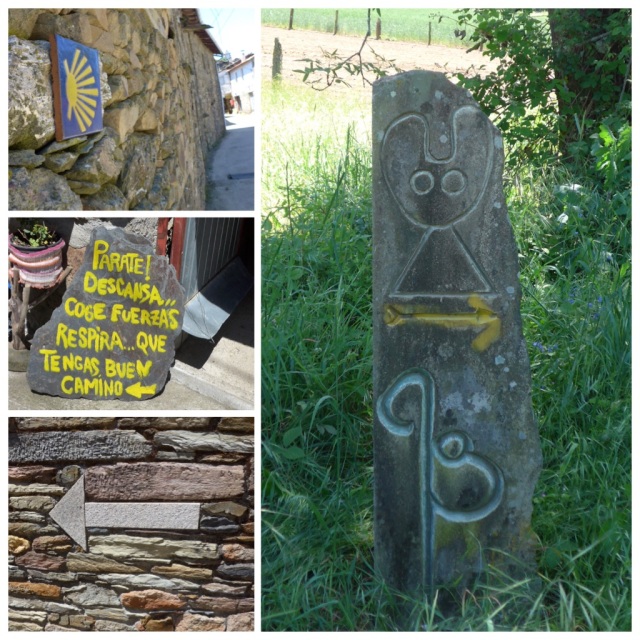 The walk continued on quiet road and beautiful mountainside track until I made s stop at a tiny village where a very kind woman called Marisol offered passing pilgrims refreshment and snacks on a donativo basis. We had a lovely chat. She has walked all the caminos that pass through Galicia, but only within Galicia. It made a nice break before reaching my destinstion at 36.1 km.

The Xunta albergue is in a modern building with very good facilities. 32 places in 4 dormitories with separate bathroom facilities. No privacy in the shower but my affront at facing this indignity last year has faded a bit. I just got on with it – as a good pilgrim should. Fully working kitchen and disposable sheet and pillow case. 6€.

One of the guys that had already arrived looked vaguely familiar, and when I heard him speak I immediately recognised him. We had walked a few of the same stages on the camino Portuguese last year and stayed in the same albergues in Villafranca de Xira and Santarém. What a very small world!

The last couple of nights I have eaten with Dutch Marga, who has now dropped back a stage, German Wilfried, Swiss Peter, Danish Orsen (I know that will not be how her name is spelt, but it is how it sounds) and Paul. I really thought I would lose Paul’s company today because we wasn’t planning to walk this long stage, but here he is again, so I still have the last member of my long ago pilgrim family.

The wind is forecast to be very strong again tomorrow and we have a severe climb for the first few km’s, so a hard morning coming up…