A healthy and prosperous start to 2017

It’s been an interesting start to the year.  Or maybe interesting is entirely the wrong word.  Perhaps boring will better describe my experience of January 2017.

January 1st saw me returning to Spain from ten days with my family over Christmas which included a fabulous surprise visit from my oldest daughter so that we were all together for a few hours over Christmas eve and Christmas morning.

Meanwhile, during the last couple of months of the old year I had latched onto two particular ideas that sparked my interest.  The first was to resolve not to buy any clothes during 2017.  This wouldn’t be much of a hardship as I have more than enough clothes to last me a decade, let alone a year, but nevertheless I have made an exception to the rule with regard to camino related necessities.

The second idea was likely to be more of a challenge.  A camino facebook friend of mine posted a link to a Rich Roll podcast of an interview with Andrew Taylor.  Andrew is an Aussie who, at the end of 2015 was suffering clinical depression relating to weight/food issues.  The second he started talking I recognised and resonated with what he was saying.  He explained that he had a food addiction and although he had been a vegan for years, he was making bad choices around food and found it impossible to lose weight.

Someone who is addicted to drugs, cigarettes or gambling (or buying clothes) can stop that activity entirely.  It might not be easy, and withdrawal symptoms are likely to be hard to cope with, but having made the decision to quit, no further choices have to be made.  With a food addiction it is not so straightforward.  You cannot quit food and decisions about what you eat have to constantly be made.  For someone with a bad relationship with food, this makes keeping to a strict eating regime fraught with the possibilities to make bad choices.  Andrew Taylor knew that he needed to take decision-making out of his eating regime and decided upon eating only one food type.  After a lot of research he decided to eat solely potatoes and nothing else for the entire duration of 2016 (with the exception of vitamin B12, potatoes provide all the minerals and nutrients to sustain a healthy body).

I’m sure many of you will have seen news items over the new year when Andrew (Spud Fit) Taylor was interviewed worldwide about his year-long challenge, during which he lost a third of his bodyweight and came off his medication for depression within a couple of weeks of starting.

I have also had a bad relationship with food for most of my adult life.  For the most part I eat fairly healthily, a great deal of fruit and vegetables, but also meat or fish every day.  But my body seems to have forgotten to acknowledge when it has had sufficient sustenance and I am in the habit of grazing and overeating.  My weight usually varies by 6-8 kilos during the year and it is a regular pattern.  I want to reset my body mechanisms to reliably advise me when I am hungry and when I am full.  And that is the whole point of this potato only diet.  To make eating so boring that you do it purely to refill the tank, not for enjoyment.  You eat to live, not live to eat.  You get your enjoyment from activities other than eating.  A lot of people who have taken up the ‘spudfit’ challenge are reporting huge improvements in their health after a very short period of time, relating to blood pressure, cholesterol, blood sugar levels and inflammatory problems.

On day 17, as I am writing this, I can report success.  I have lost 4 kilos and am not thinking about food and have no cravings.  I am only planning to continue this regime for 4 1/2 weeks when I have a function that I am looking forward to.  But I am seriously considering eating a great deal less meat in the future.

I am very fortunate that I don’t have any health issues (that I am aware of) other than slightly raised cholesterol level.  Hopefully this will have dropped by the end of the month along with my weight.

Oh, and my third challenge was to forego alcohol for the month, which has also been relatively easy.

I wrote the above three weeks ago now and at the end of my 32 day potato only diet, have lost a total of 8 kilos, with which I am absolutely delighted.

I have transitioned onto a ‘sort of’ vegan diet, eating only whole-food, plant based foods.  So lots of legumes, rice, vegetables and fruit (with no added sugar, oil or salt) and no alcohol.  I say ‘sort of’ because I have decided to eat ‘normally’ when out of the house at a dinner party or in a restaurant and I will certainly enjoy a glass of cava on such occasions – probably around 3 or 4 times a month.

Thus far I am enjoying doing lots of reading on the subject and searching out tasty recipes (and for someone who has always hated beans that is quite a challenge!).  It would be nice to lose a little more weight, but the main point of this new eating regime is to boost my health.  I have become very aware recently of my good fortune in being relatively healthy all my life, and I would very much like to stay that way.

I am not so rash as to state that I will become 100% vegan in the future, I may well lose the impetus that I feel at the moment, but I owe it to myself and my family to make the effort and give it a go.

And there is a bonus to my new life style – steering clear of the January sales and eating only spuds for a month has had a very beneficial effect on my purse!

If you have taken the trouble to read this post to the end, then I think you deserve something nice to look at – and rather than show you some photos of various ways to serve potatoes, here are a few views from my January walks… 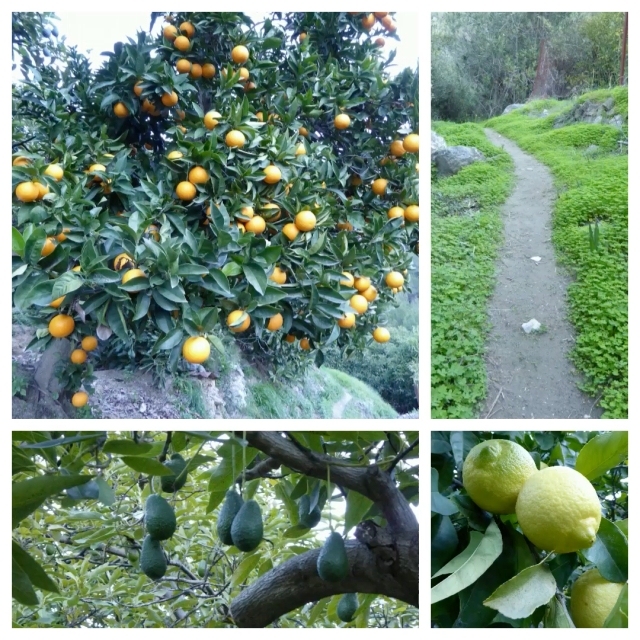 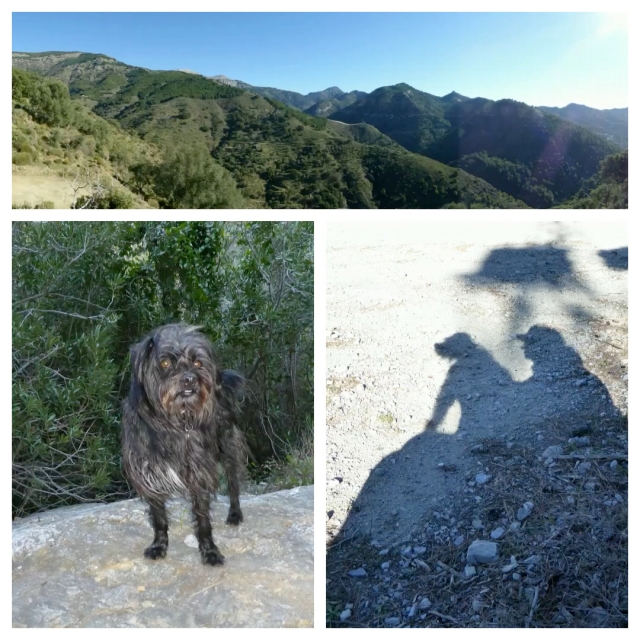 Trepidatious Traveller - camino blog is about preparing for and walking the Camino de Santiago. Many future pilgrims have found the blog useful and inspiring, and many who have no plans to walk the camino have simply enjoyed the dialogue http://www.magwood.me
View all posts by magwood →
This entry was posted in A view of life and tagged Andrew Spud Fit Taylor, The Spud Fit Challenge. Bookmark the permalink.

28 Responses to A healthy and prosperous start to 2017