We were up and out by 7 am – that is Paul, Eli, Marilyn and I. Carsten and Ralf made a more leasurely start.

It was a lovely walk right from the beginning. As soon as we left town (an extremely clean and well-maintained town) the walk was delightful. It reminded me of stages on the camino Sanabres. Lots of granite boulders strewn amongst rolling green countryside. There was a variety of narrow paths and wide tracks, with sandy, gravel or stony surfaces. Some large rocks to be negotiated and a few shallow river crossings. An absolute delight. Not far from town I saw a huge, black wild boar running across the track and out into the pastures. Paul also reported seeing a fox, which I missed. 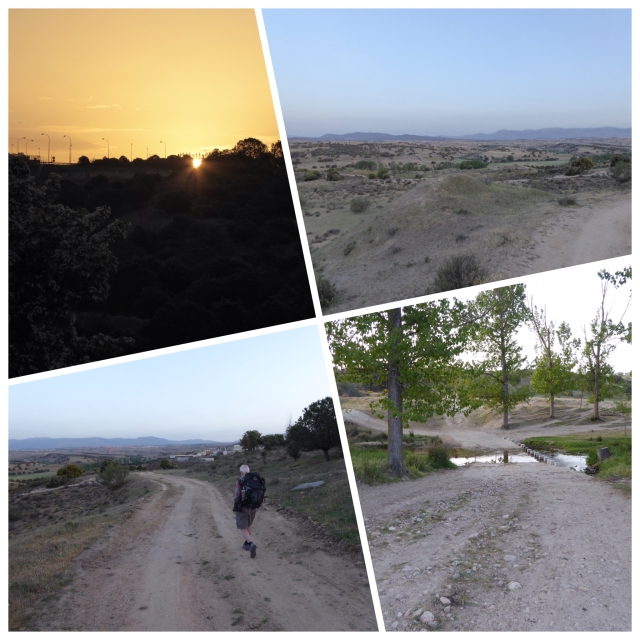 I also came upon a herd of sheep being lackadaisically tended by a couple of mastins (rather large and soppy dogs). I made my customary dog communication overtures and they both came up to say hello, totally forgetting about their job of work and vying for attention. They followed me closely, nudging for an extra scratch and pat. When I reached the shepherd I told him that his dogs were delightful, and he replied that indeed they were very good with people, but pretty useless with sheep!

We turned onto a wide dirt track running between farmland that was still pleasant, but slightly less charming and eventually reached the outskirts of Colmenar Viejo, and walked through an industrial area before entering the town. I had long-lost sight of Paul and walked through the streets until I came across a park where I found myself a bench and took a boots-off / snack break. 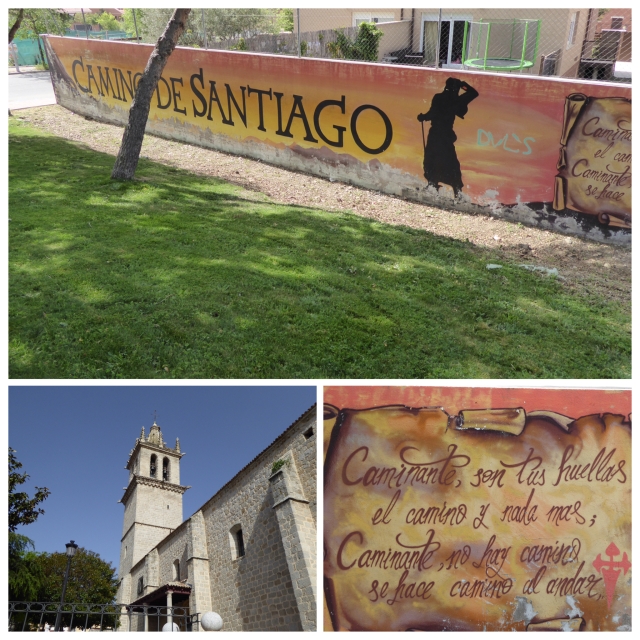 Paul and I walk faster than Eli and Marilyn, but Paul walks faster than me, and I am constantly stopping to take photos, so we tend to fall in and out of each-other’s company. I found Paul on the outskirts of Colmenar Viejo and we continued together on and off through more stunning, rugged countryside.

The route is steadily making its way towards the big hills (mountains) that we need to cross in a couple of days and the whole stage has been along a Via Pecuaria, an ancient drover’s path. 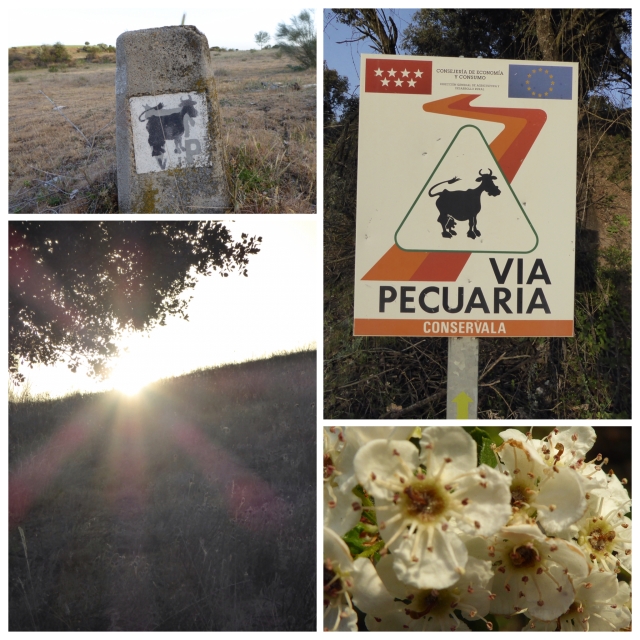 At a point in the early afternoon I spied a couple of walkers ahead of me, and thought there were more pilgrims on the route. But as I got closer I thought I recognised their outlines and when one raised an umbrella I realised that they were Eli and Marilyn. How on earth had they got ahead of us? It took me a while to catch up and we worked out that they had somehow taken a shorter route, probably cutting around four km from the track. We had all followed the arrows, but they had come up trumps! The four of us continued to Manzanares el Real and stopped for lunch and were joined some time later by Carsten and Ralf. 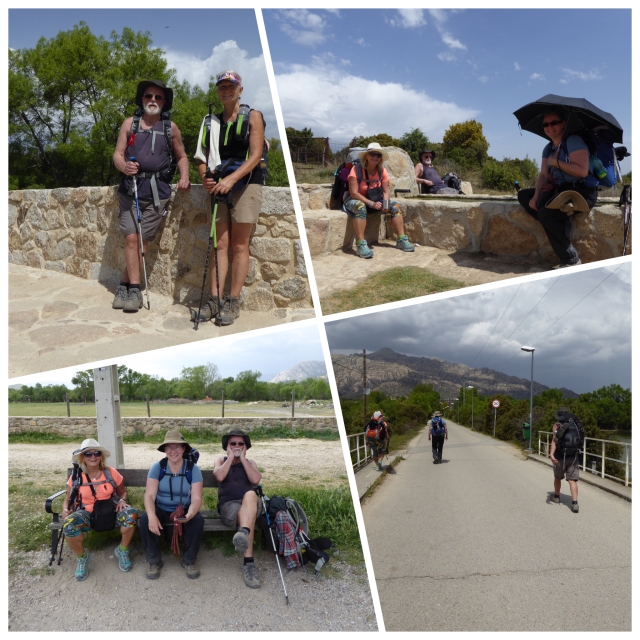 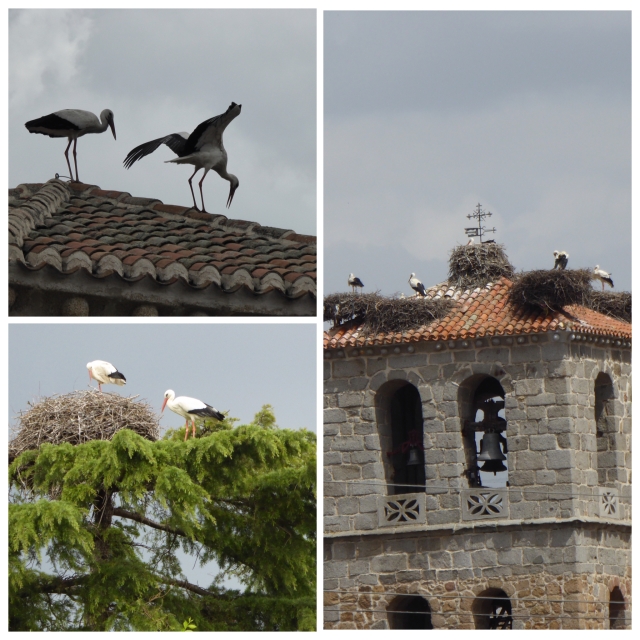 The day started at 14 C but soon became very warm and then quite hot. Our original plan of a long stage of 32+ km seemed less enticing as the day progressed. Paul was burning, I developed a bit of a hot spot on my heel, and Carsten and Ralf reported they were flagging in the heat. I came up with a cunning plan. We could take a bus from Manzanares to Mataelpino where I had reserved beds at the albergue (there is no albergue in Manzanares) and we could return in the morning to walk the missing kms. In the end, Eli decided to walk on the additional 7 km as planned, Ralf decided to stay put and find some single accommodation to catch up on sleep, and Carsten, Marilyn, Paul and I caught the bus. This is the first time in all my Caminos that I have done this, and I feel a little sad that I didn’t continue to walk. But we will go back in the morning to complete our walk and I won’t beat myself up about it.

Rain is forecast for tomorrow.