The day started on very pretty tracks and almost immediately our hearts were melted by a floppy, lollopy, huge-footed mastin pup who had somehow managed to escape from his enclosure with mum and dad making half-hearted attempts to reprimand either him or us, we weren’t quite sure. He absolutely lapped up the attention and when we tore ourselves away he just tagged on behind. I had to pick him up, open the enclosure gate and pop him back in, and then listen to his cries as we left him.

We walked for 4 km through woodland tracks above the Rio Bernesga, a wide and fast flowing river that accompanied us at various distances most of the day. 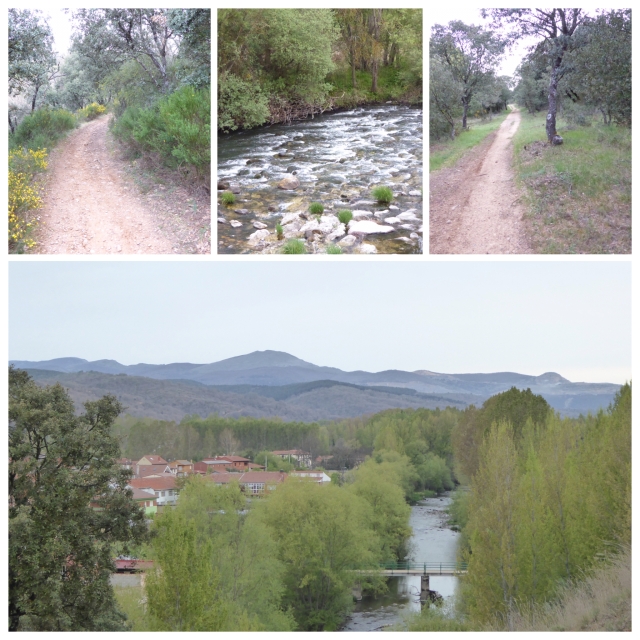 We emerged onto the road at the village of Cascantes. The houses in this area are made of flint-like stones with brick trim around the doors and windows – quite charming. 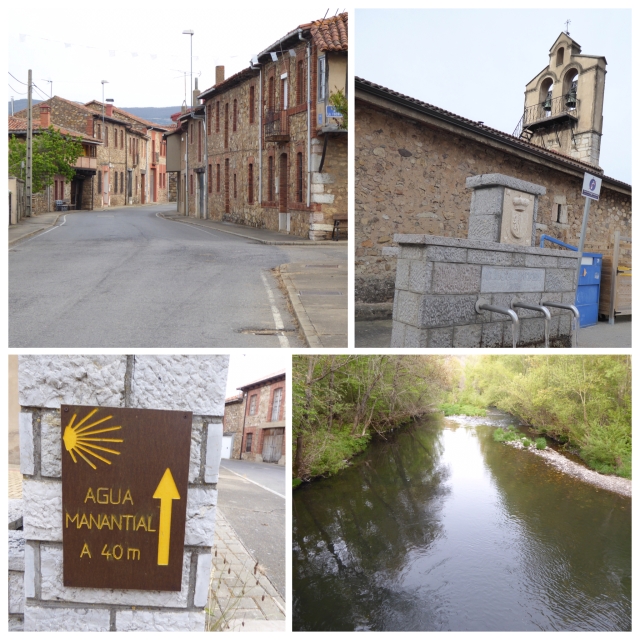 Towards the end of the village we were presented with the option of following the original path of the camino along the road for 5 km towards La Robla where we would find an interesting monument, or taking an alternative 6 km route, bypassing the monument and the road. We opted for the alternative. Mistake. What started as a very pleasant country track with a few farm animals to keep us distracted turned into a hard newly-compressed drivable gravel track which ran between a rail line and what looked like a power generating plant. Hard walking and hard viewing. One quarter pleasant and three quarters not so.

The horses in these parts are massively built – like draught horses

We found our way back onto the camino proper at La Robla and stopped for our first drink of the day after walking 10+ km. Another 5 km on the road before diverting alongside the railway line for a few km including a lunch-break at a picnic spot by a very pretty Unesco listed church. We were then on and off the road until we reached the town of La Pola de Gordón. We failed to reach this town by 14:00 before the supermarket closed. We were too busy talking to animals and snapping flowers. No facilities at our end stage again and we need to take food with us. We stopped at a bar and were given a fabulous plate of tapas and I had the brainwave of requesting the barman pour two glasses of white wine into my spare water flask so that I could enjoy my end of day in the style to which I have become accustomed. And then we popped across the road to a restaurant to request some food ‘para llevar. A huge tortilla Español was produced and a portion of salad which we strapped to our packs for the final 5.5 km. 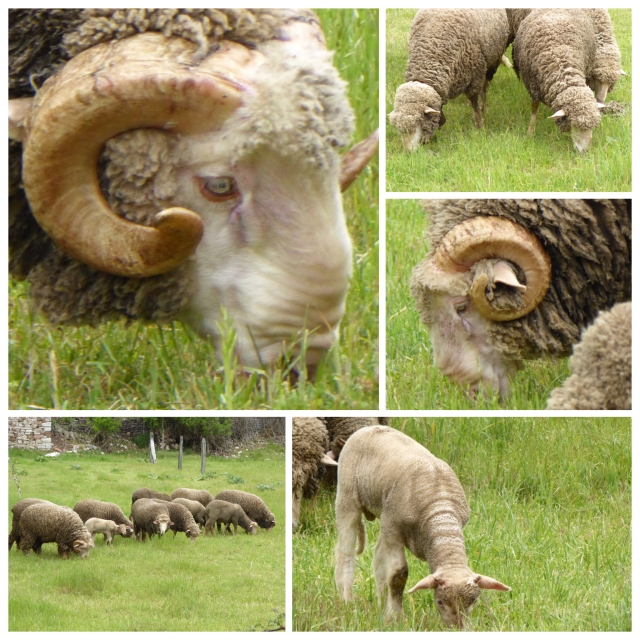 This last stretch was also pretty much on the road, but by now we were walking through a gorge where we were dwarfed by the towering cliffs on either side – truly impressive and truly daunting, as we have our biggest climb tomorrow. 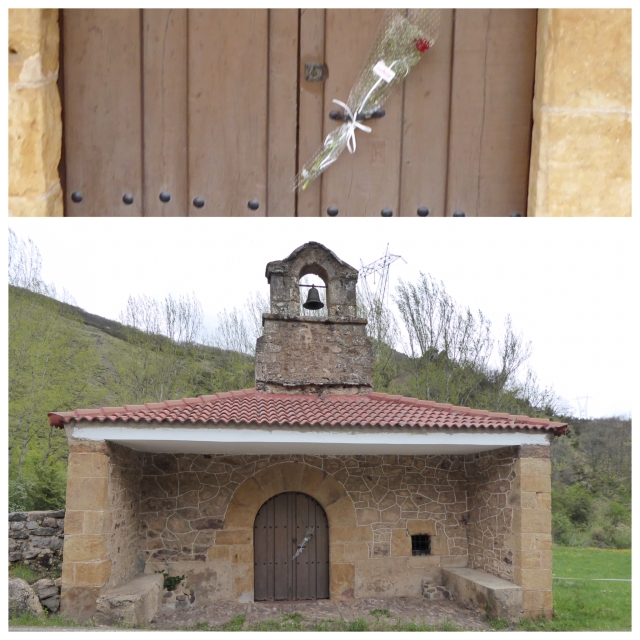 There was a point at which Marilyn pointed to a silhouette of an animal standing on the point of a cliff. It looked like a dog, but seemed too big. I zoomed in with my 30x camera lens and true enough, it was dog shaped and looked very much like a wolf. We trod carefully hoping not to disturb it before I could get a better shot. It didn’t move a hair. It took some time before it dawned upon us that the wolf was in fact a metal sculpture. I wonder how many pilgrims are as gullible as we short-sighted 60-somethings!

We reached the albergue at Buixa after 25.5 km which should have been a doddle, but in fact had certainly taken its toll on me. Having remained blister-free for two weeks, I picked up a few minor, but still uncomfortable, blisters yesterday. Very annoying, especially with our hardest day looming tomorrow.

The albergue at Buiza is another gem. 16 places, decent well equipped kitchen, two bathrooms with lashings of piping hot water, plenty of seating indoors and out. No wifi, but pretty good mobile coverage – 5 euros. 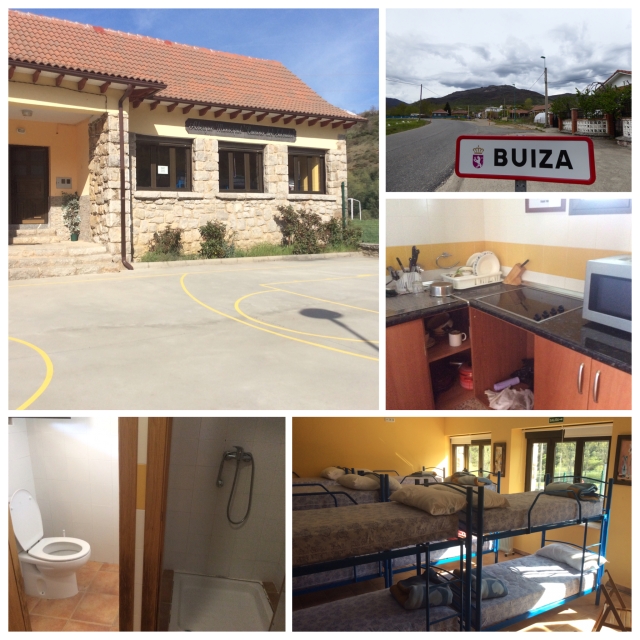 We’re rather concerned about the weather in the coming days. We have been promised rain which will be a big blow for tomorrow’s hike. We shall have to wait and see – the sky isn’t looking particularly threatening as I write this.