This post is not related to the camino, just a heartfelt story about a lovely man…

George (Jiri) came into our lives in 2011.  We noticed a new neighbour in the rental property below our house.  He engaged me in conversation one morning asking about the water supply that was giving him problems.  He was soon a regular visitor at our house.  He was lonely, living alone in a remote house on the outskirts of a town he didn’t know and he was glad to have our company.

He was from the Czech Republic, and spoke quite good English.  He had lived in Florida for a long time, working as a waiter and at some point had become an alcoholic.  I’m not sure at what point he became sober, but was rightly very proud that he had achieved sobriety, having reached a very low ebb and suffered considerable ill-health.

His next move was to Tenerife where he also worked as a waiter.  I don’t recall if George told me the timescales of his moves around the world, but if he did I certainly can’t remember now.

And then the guy that he worked for in Tenerife asked George to move with him to this small mountain village in Andalucia where he planned to set up a business that George would manage, something to do with soft drinks as I recall.  The guy stopped at the petrol station at the edge of town and enquired about property to rent.  It just so happened that the proprietor of the petrol station owned the house below us that had recently become vacant and a deal was instantly done, a rental deposit and the first month’s rent was paid.  George was deposited at the property, with his boss’s car, whilst said boss returned to the UK to take care of business.

And that was the last George ever heard of this guy.  He changed his phone number and there was no means of contact.  George was mystified and stuck in a difficult situation, with very little money, bored stiff and isolated.

He had great charm, a winning smile and a bright twinkle in his eyes.  He was a very easy friend.

He asked us if we had any work he could do.  He would do it for no payment, he just wanted something to do.  We didn’t have any spare cash to pay him and the only job that really needed doing was such horrible work that we couldn’t ask him to do it.  There had been a bit of a landslide behind our house and earth was  piled up against the wall, not a little bit, but metres long and probably a metre and a half high.

After he asked us for the umpteenth time if he could do some work, we finally, with embarrassment, showed him what was required and his face lit up.  At last, a project!  He would only accept a pittance for an hourly rate (which was in reality all we could afford, but was half the going rate), but when we saw how hard he worked and tried to give him more.  He outright refused.  He wanted me to be his banker – I kept an account of what he had earned, how much he had drawn, and whether he had a positive or negative balance. 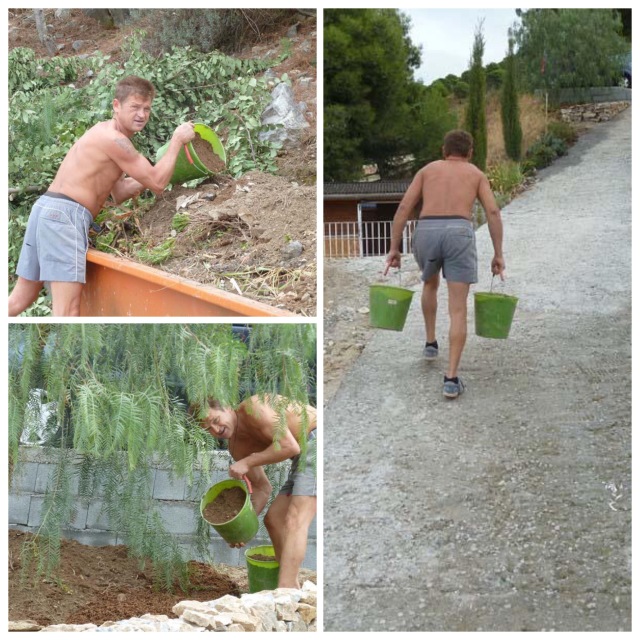 I have never seen anyone work so hard.  He cleared tons of earth and rocks from behind the house and carried it up our long and very steep drive in two buckets – his already skinny and bandy legs looking as though they might give way under the strain.  He always had a smile on his face and a cheerful word to say.  It took weeks for him to clear the landslide and then he used a heavy kango hammer to remove some of the rock to widen the gap behind the house.  Then he built a huge retaining wall, plastered and painted it.  Every bit of the work he did alone and without complaint. 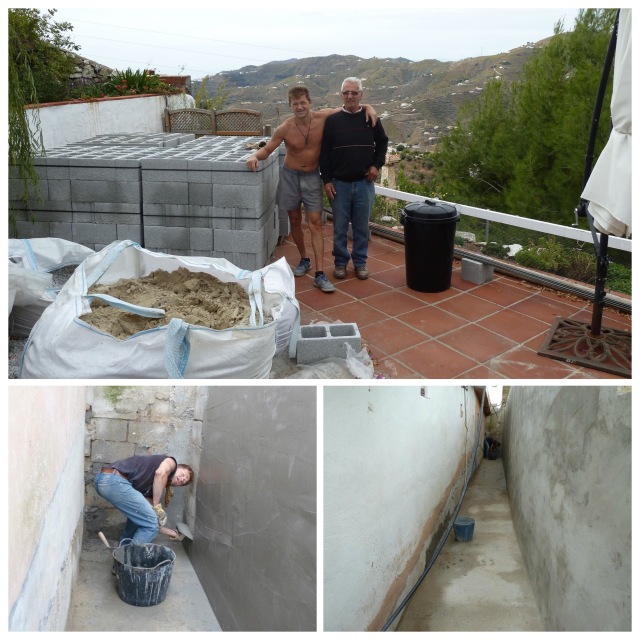 During these weeks George began to worry about the rental that was overdue.  He asked me if I could help him sort it out.  I knew the owner of the property fairly well and told him about George’s dilemma.  He was surprisingly considerate and said he could use the deposit as the second month’s rent and allowed him a bit more time if he needed it to find alternative accommodation.  With the help of a friend we found him a townhouse in the village where he was more easily able to socialise and he made other friends.  I asked around and found him several other jobs, enough work to keep him going for quite a while.  He would pop into my office most days to say hello and we remained good friends.

But he couldn’t really sustain his life here in Spain without regular income and eventually he saved enough to return home to the Czech Republic, and we kept in touch over the ensuing years via facebook.

We heard he had used an inheritance from his father to open a bar in Benidorm.  I’m not sure if this venture was a success.  He came to visit us in July 2017 and spent a couple of days here.  It was lovely to see him again.  I stopped following him on facebook because there were very many postings about football, he was a huge Barcelona fan and although I was always very interested to see photos he posted of his new grandson, the football was of no interest to me.   But I knew he had returned again to the Czech Republic and we sent the occasional message to each other.

On 8 April, the day after I started my 2019 camino, I received a message from George.  He told me he was seriously ill with cancer of the lymph nodes and he was receiving chemotherapy.

Last night I couldn’t sleep for a while and my thoughts turned to George.  I wondered how he was doing.  I looked up his facebook page and discovered that he had died the previous day, aged just 50.  We have such fond memories of George.  We have thought of him regularly over the years and he will often be remembered in the future.  It is impossible to think about George without smiling.  Some people enter your life briefly and leave a lasting impression.  Rest in Peace my friend. 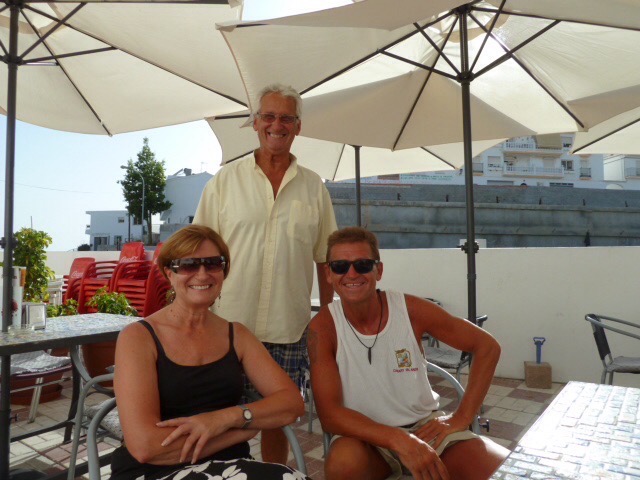