It as very late Saturday night/Sunday morning when David and I arrived back in Canillas. The only animal at home was Sheba, our beautiful Siamese-looking cat who is actually just a moggie. I called her but she must have been out on her hunting rounds because there was no response.

It felt good to finally be home and David, as always, had made sure the house was spotless for my return. I soon fell asleep but was rudely awoken when my Sheba jumped onto my chest to claim some homecoming attention. She is a very strong and determined cat and unless you completely hide yourself under the covers, there is no escaping her demands for scratching and stroking. I was only too pleased to oblige on this occasion and she soon settled to peacefully purr in my ear. In comparison to all the snoring I’d been subjected to over the last five weeks this was like being sung a lullaby and I was soon asleep again.

In the morning I was anxious to collect the next absent animal as soon as reasonable, and so picked up Roly fairly early from the kind couple who had looked after him for a few days. He had been happy in his temporary home with a playmate of the same size but was obviously very pleased to jump in the car and return home. So now the house felt complete with all the rightful inhabitants in place – just the empty stable to accommodate now. 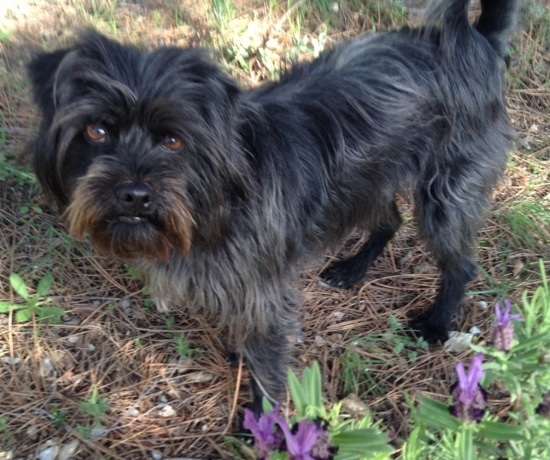 My garden is an absolute riot – of colour and of weeds. David doesn’t “do” gardening and there has been a fair amount of rain whilst I have been away so the weeds are thigh high even where I completely cleared them before I left. Oh well, I shall have plenty to keep me busy for a while.

My great friend Helen has been looking after Liana for the last week and she soon settled in and made friends with Blossom the one eyed pony and the young grey horse that is kept on Helen’s land. I hope she will want to come home after enjoying the company of others and having plenty of space to roam in. We arrange to meet Helen on Tuesday morning, half way between Sedella and Canillas so that she and I will each have a ride of just over an hour. It’s good to be on board again and we take a steady ride down into the valley and back up into the village where we stop off at Ramon’s bar for a quick drink before returning home.

The minute she is untacked my clever horse walks into her stable and lets me know she needs a pee, so I quickly grab the bucket for her to fill. I taught her to do this soon after she initially came to live here and it makes such a saving of her bedding. Horses prefer to pee somewhere that won’t cause any splashing on their legs, and if they have access to a stable with absorbent bedding they will usually choose to pee there. When we first kept her here I would shut her down on the lower part of our land in the afternoons amongst the pine trees where it is much cooler. When I opened the gate she would charge up the track to her stable and immediately do a huge pee in her bed. So instead of letting her gallop up the track, I put on a halter and led her to the stable and when she peed I would catch it in a bucket and give her a treat for good behaviour. This worked well, kept the stable clean and saved on bedding, and of course she loved the treats. 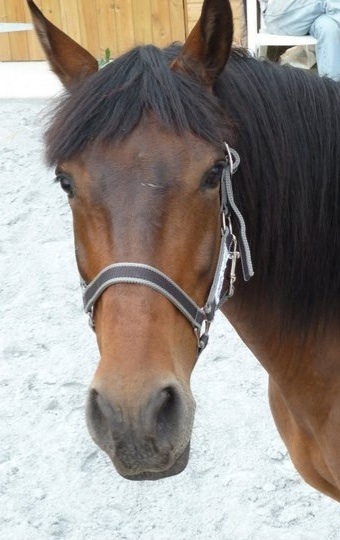 After a while I became aware that she was calling more than usual and it dawned on me that she might be trying to tell me something. So the next time she called I went out to her and she walked straight into the stable and got into position for a pee, whereby I quickly grabbed the bucket and, hey presto, my horse was telling me when she wanted to pee. Now, I expect this is much more regularly than she would normally go, but of course there are treats involved, and it didn’t take her long to work out that a pee in the bucket equalled something tasty to eat. And so it has continued for two years – she successfully trained me to give her treats. Very clever! And having not done it for over a week whilst at Helen’s, she obviously thought it was high time that the treats started up again. She always pees in her stable during the night, but if we are observant that will be the only time that she ‘wets the bed’. The stable doesn’t smell and we don’t waste bedding. A win-win scenario.

So now the last piece of my domestic jigsaw puzzle is in place and all is back to normal.