My first night on top of a bunk bed was spent (for the first/most part) most uncomfortably. Feet that have walked a long distance ache and throb, and possibly/probably have blisters. My feet complied with the norm. Lying on my back caused my heels to hurt. Lying on my side caused feet to hurt and legs to ache. Lying on my front may have alleviated these problems but would have caused havoc with my neck. So I very quietly and smoothly tossed and turned (so as not to cause too much rattling and movement of the bunk and annoy my downstairs neighbour). From time to time I gave up trying to sleep and read for a while, but I was tired and the reading didn’t last for long. But eventually the aches must have eased because I did sleep for long enough to feel ready for the fray this morning.

I had forgotten the ?joys? of sleeping en masse. Firstly, when George and I returned to base yesterday evening at around 21:30 half the pilgrims were already tucked up in bed and had the lights off. Not ideal for sorting out your stuff in the pitch dark whilst tryng to make as little noise as possible. I did my best. I rose early in order to use the ‘facilities’ in peace (achieved – no small task with 2 loos between 24 pilgrims) and bade farewell to George who was up and off with the early birds – and then returned to my bunk for an hour or so.

When I left the dormitory I appreciated that someone had opened a window in the hallway and the fresh air was a pleasure – but on returning to the dorm I was hit by a wall of stale hot air – really disgusting.

Walking out of Mérida this morning was easy and then The way transferred to a green (green painted path) track for a few km’s, trailed around a huge reservoir and then onto a minor road and through holm oak woodland where the heavens opened upon me. Proper fat dollops of rain that soon soaked my walking pants and eventually seeped into my boots until I was squelching along the track with rivulets (not sure if that’s a word, but you will know what I mean) were flowing all around me.

After 17 short kms I reached the destinstion of my ‘day off’ at Aljucén where there is an albergue with 17 beds. I was first into a ‘mujeres’ room of a single and a bunk. I wrung out my socks and stuffed my boots with newspaper in an attempt to dry them out.

A very diminutive German man asked me if the allocation of single sex rooms was a rule not to be broken. He explained that he was in his late seventies and the only bed in the ‘hombres’ room was a top bunk, which would have been difficult for him. He asked if he could use the lower bunk in my room. My first question was ‘do you snore?’ To which he answere ‘yes’. So I said that I am sure it would depend on who else turned up at the albergue, if more women wanted the single sex room, then it wasn’t for me to offer him the bed, but pointed out that there were some folding beds in the communal room that he could use. Phew, that was a close call, dealt with diplomatically I think. 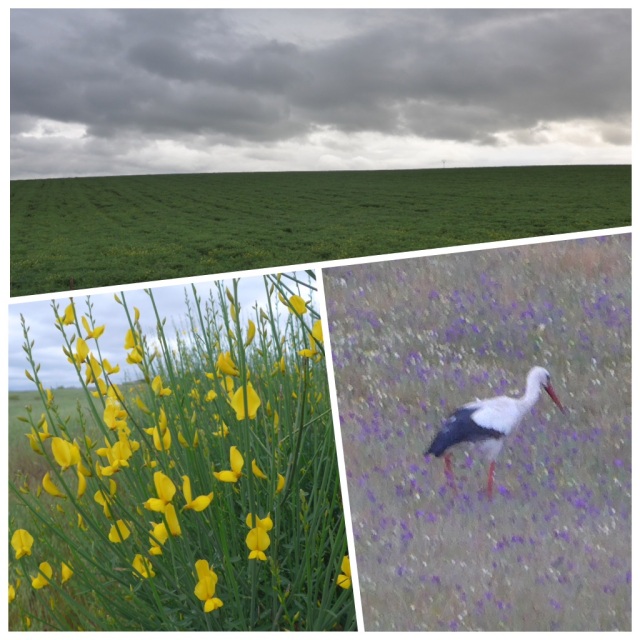 This afternoon I met with some friends who live locally who I have previously only known via facebook, and it was lovely to get to know them in person. I had also planned to ‘take to the waters’ as there is a therapeutic hot spring bath in this village, but I spent too much time (and drank too many wines) in the bar, so returned to the albergue for the ‘signing in’ session, followed by a tour of the church. 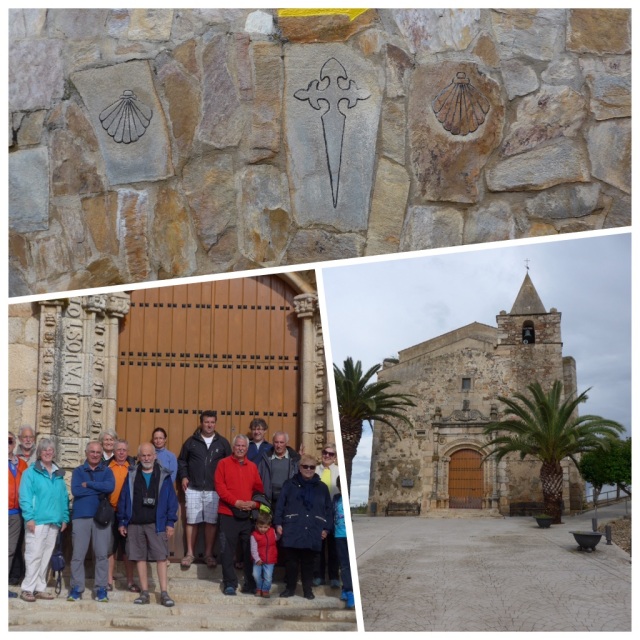 There is a predominance of men staying here, just three women amongst 8 men – a party of five French, a Bulgarian couple, and a spanish couple walking with a French guy. I also met a couple of guys from Birmingham and a Welsh woman in the bar, who are staying elsewhere in the village. 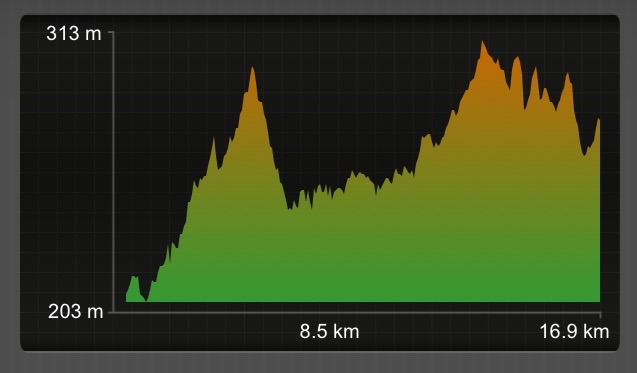 Not many photos today due to the rain.
The sun came out long enough to dry the boots but the sky has now returned to a blanket grey. More rain is predicted for tomorrow.

I haven’t mentioned the splendours of Mérida. I visited many years ago and was blown away by the Roman amphitheatre – simply stunning. There are apparently other Roman remains and museums too many to mention. It is certainly a place well worth visiting.