Last evening I returned to the bar for some supper and joined two charming guys from Birmingham, and discoverd one of them was a member of the pilgrim forum I belong to, going by the byline of @musicman. I really shouldn’t have ordered a menu del dia, I hardly did justice to the huge amount of food. A single plate and a glass of wine would cost the same, but I wouldn’t feel guilty about leaving half of it.

There are at least seven other pilgrims staying in the village but not at the albergue. Everyone who was staying at the albergue had settled or was settling into bed when I returned at 21:20 so I got myself sorted out to retire. But I can’t sleep at that silly hour, and if I did I would wake up a few hours later – which I always do anyway. I generally wake for the first time around 01:00 and then regularly every couple of hours until I give up trying to sleep and read for a while.

Most of the pilgrims left early and only my Hungarian (not Bulgarian) room mate and her walking companion remained when I left at 07:30. It was a grey morning but apparently was due to brighten during the day. 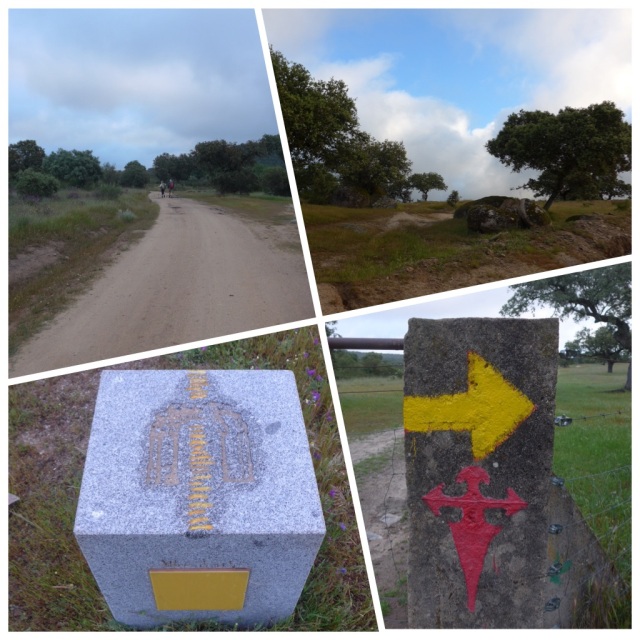 After a short stretch on the road we were diverted onto country tracks meandering through holm oak meadows, with lots of beautiful flowers lining the path – an incredible amount of lavender and the broom beginning to flower. 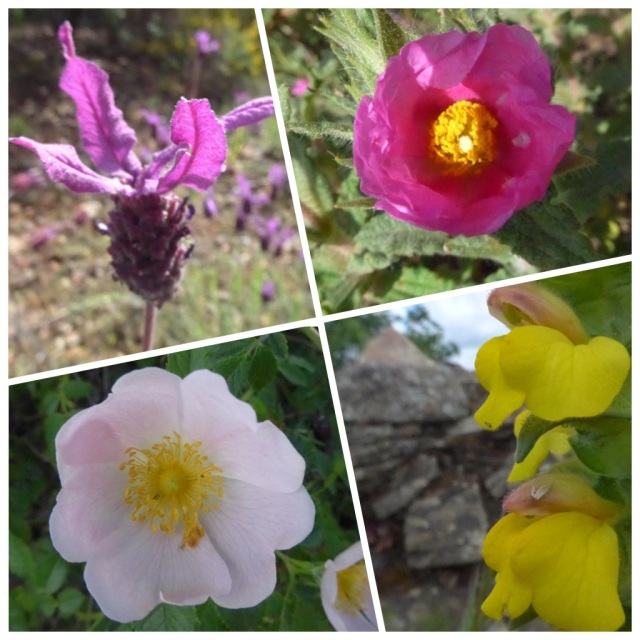 Luckily the track was sandy, so although there was a lot of water hanging around after yesterday’s downpour, it wasn’t really muddy. There are a new type of granite marker blocks along the route today, I’m not sure what they denote – my notes don’t tell me, but they are very handy to sit on when the desire arises.

That was it really today – almost the entire walk of good-ish track through meadowland – and another short day for me because I have a troublesome blister that I am hoping will be on the mend by tomorrow. 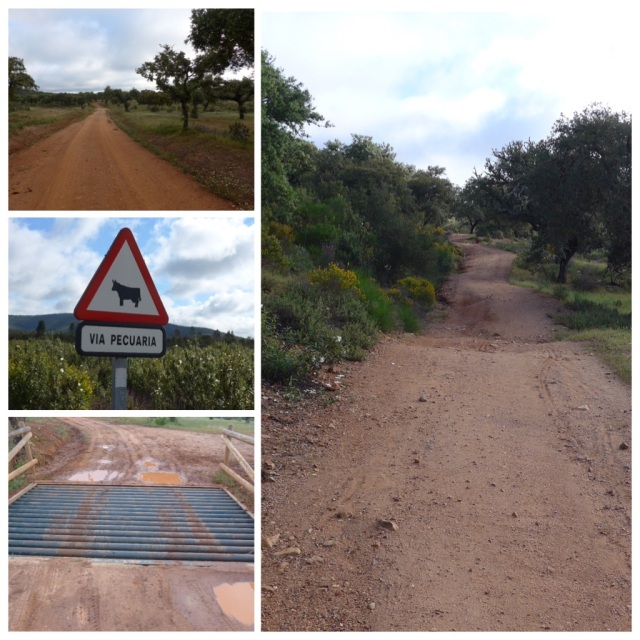 The albergue accommodation is within the Casa de Beneficencia de los Esclavos de Maria y de Los Pobres, a religious (monastic) institution for men with learning difficulties. It is huge and freezing. The hospitaleros obviously think the same about the morning pong as I do and all the windows were open – it smelled fine, but it was so cold. I had arrived by around 11:30, but they don’t admit pilgrims until 13:00, so I found myself a chair and sat down to make a start on this post. There is a huge dormitory for 60 or 70 and a room with shower cubicles and another with toilets. In my opinion all albergues should work on this principle rather than having individual complete bathrooms. That model just causes everyone to have to wait for the loo whilst someone is taking their time having a shower. 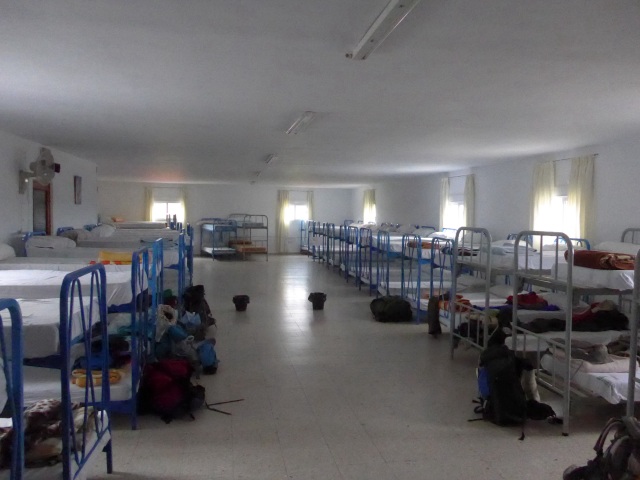 The property is locked up between 14:30 and 16:30 so pilgrims are either locked in or out. I chose out so that I could hopefully get this posted early. We can take part in a guided tour of the monastery at 18:30, a mass at 19:00 and a communal dinner at 19:30. Payment is by donation for bed and food.

I’ve had lots of questions about the state of my feet. I have had a series of small blisters around the base of my heels, which I am sure are caused by friction where the insole of my boot meets my foot. These blisters form deep under thick skin and are difficult to drain because as soon as I puncture the surface with a needle, it closes back up. I have finally mastered the art (look away if you’re squeamish) of pulling the skin away from my foot with the needle and then making a small cut with my scissors. Not very hygienic but no problems so far. This way the blister stays drained and they have all settled down now. I am going to place some hikers’ wool around the area each morning in the hope that this will prevent a recurrence. I also have a couple of ‘normal’ blisters on the inside of my big toe and the one next to it. This was my own fault and I think I have it sorted now. Tomorrow will tell.

I shall have to report on the rest of the day tomorrow, as I won’t have access to internet once I return to the monastery.

For the Via de la Plata I am using notes from a different source and finally the distances stated match my wikiloc measurements. It’s reassuring to know that for the time being the distances stated are what I can expect to be walking. I am also using an app on my iPad for this stage. I’m not sure about it yet – I will report further when I am more accustomed to it – Via de la Plata by Melanie 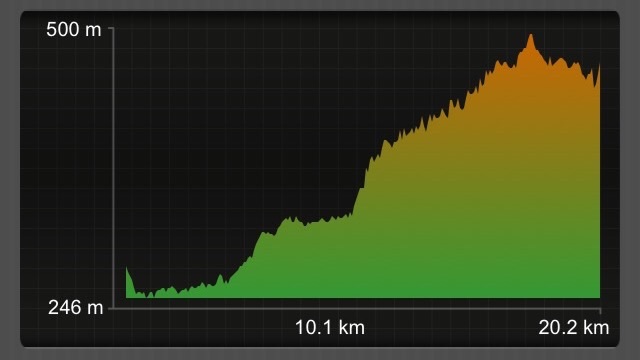