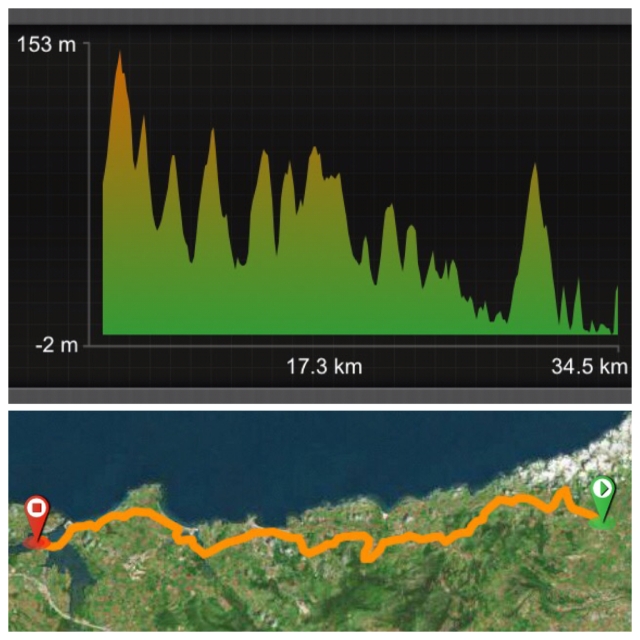 A very pleasant meal was taken last evening with two French, two Germans, one Italian and me. And true to his word, Jordi (Spanish dog man) removed his mattress from the bunk above mine and took it outside to sleep with his dog. I could still hear him snoring, even through the closed dorm window.

I awoke to a beautiful clear morning and decided to wear my home-made hiking skirt for the first time. It was very comfortable and it was nice to feel the benefit of a light breeze where the sun doesn’t shine. I was a bit concerned that if the breeze picked up, so might my skirt, which wouldn’t have been very pleasant for anyone, but the weight of my phone in the pocket seemed to anchor it adequately. I have to admit that skirt and hiking boots isn’t my best look, but we don’t worry about that sort of thing on Camino. 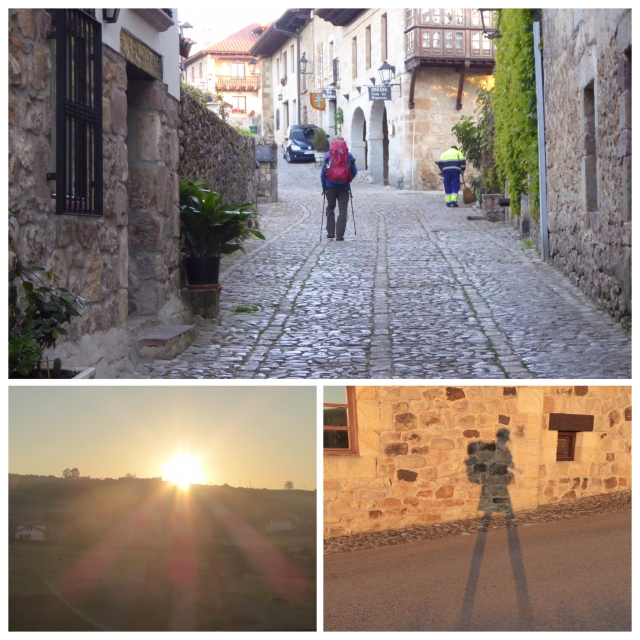 It was another day of slogging along the road. With the exception of maybe two or three km’s on alternative hard surface, ie large stones which are even worse than Tarmac, it was road walking all the way, albeit for the first two thirds through beautiful countryside and exceptionally pretty little villages. This area really is very attractive with stone built houses with wooden hanging balconies, all pristinely maintained. 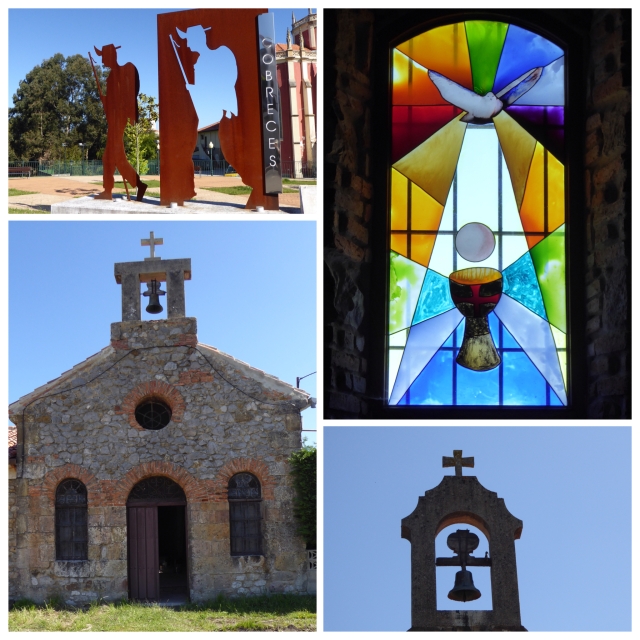 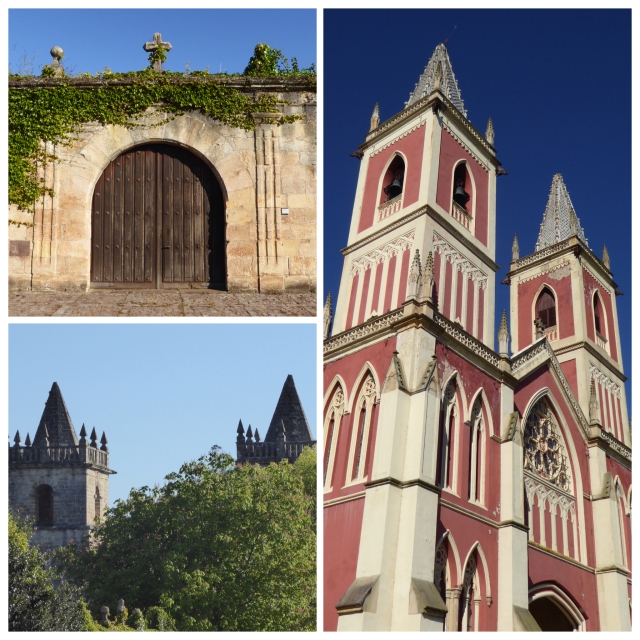 At the town of Cóbreces options presented themselves. One, as I entered the town to take the back roads passing by delightful cottages rather than walking through the town centre. This was a good option, although probably a little longer. The next came at the exit of the town, where I chose the ‘alternative’ option. It was very pleasant, again on back roads and through a wooded area. I later discovered that the ‘official’ option would have taken me closer to the coastline, which I would have preferred. 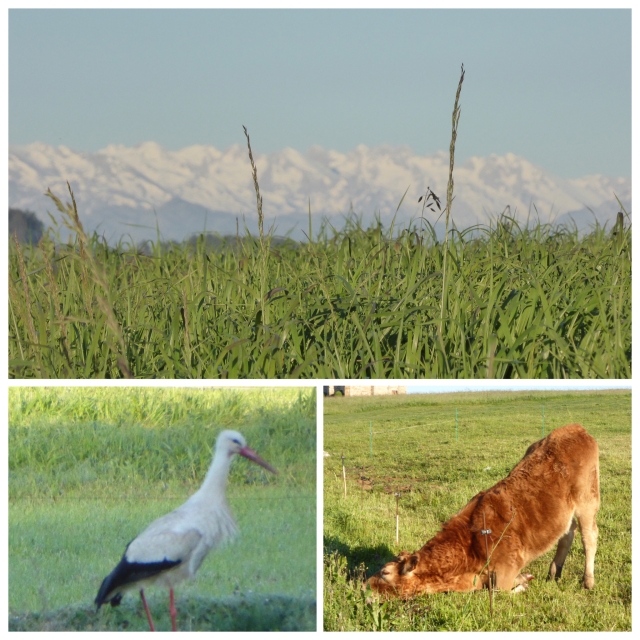 The grass is always greener…

Once the two routes joined back together it was more slog along the road, on and on and …… But there was finally the benefit of walking within view of the coastline.

It’s not always better to be ‘off road’ 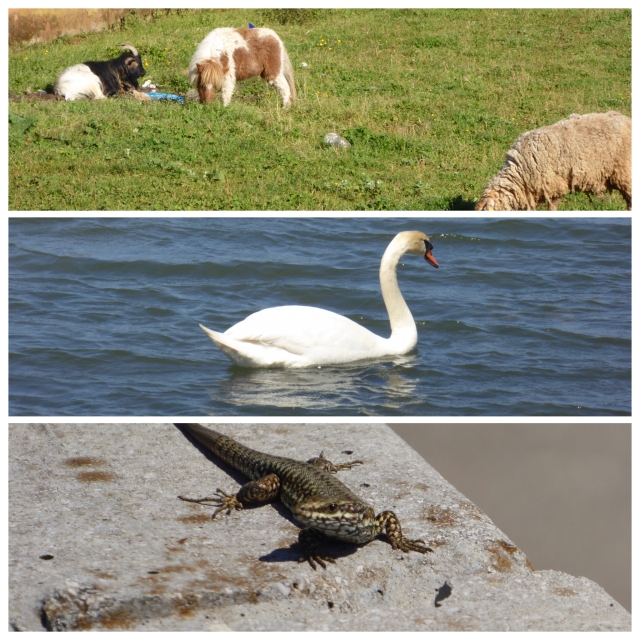 We finally reached San Vicente after what seemed a very long day. The albergue here is just about OK, certainly not great. 10 euros incl breakfast, rather tired dormitory with slightly grubby beds and very basic showers, but plenty of them. It is in a very nice setting high above the seaside town close to the castle.

I teamed up with Gunter for a menu del dia at restaurant Devino, very nice food for 9 euros (including a one euro pilgrim discount).

I am still the only Brit around, not even any other English first language pilgrims. No Aussies, Americans, Canadians, or New Zealanders. Almost entirely French and Germans.

There are a lot of pilgrims at the albergue tonight, many I haven’t come across thus far. I would hope to put some distance between myself and the crowd by walking longer distances than some might prefer. I definitely don’t like being in such a crowd – although it is really just at the stopping point I come across them, during the walk I hardly see anyone. Vamos a ver.

A lovely hot day today, with a nice breeze to cool us down in the afternoon.

There seem to be plenty of drinking fountains along the route, which is really good.

Hopefully (I am ever hopeful), the walking will be easier tomorrow.