Who wasn’t paying attention and thought the camino and blog posts had finished? There are still another four or five instalments to come as I walk on to Finisterre so please keep reading.

Early this morning Marilyn and I said our goodbyes after spending over four weeks in each other’s company. It would be hard to find a bigger-hearted, more generous person. I am sure we will remain friends for years to come.

Two others from our farewell dinner are walking on, and the rest are all going home or onto other adventures. En route today I briefly saw French Valerie who has walked from her home in Mont San Michel, but haven’t seen Dave. No doubt we will catch up in Finisterre.

The first stage out of Santiago towards Finisterre is split between woodland tracks and quiet roads, probably 60 or 70 percent on tracks, and it is very pretty. There is a killer hill at around 12 km but there are several well-placed benches in case you need to catch your breath for a while. I passed through many picture postcard perfect stone villages on the way – some ancient buildings in ruins, but many more faithfully restored and some sympathetic new-builds.

So good to see these ancient crafts still in practice

I have been trying to capture an image of a robin for a few days. This one decided to play game, but unfortunately my focus wasn’t good

It soon became very hot and quite humid and when I passed through the town of Negreira the farmacia was showing a temperature of 33 degrees. So I was very glad when the sky became a bit cloudy and the track returned to shaded woodland. It really was a lovely walk. Made even more so today by this display of poems at the roadside, all hanging out to dry. It gave me a boost when I was flagging and put a big smile on my face. 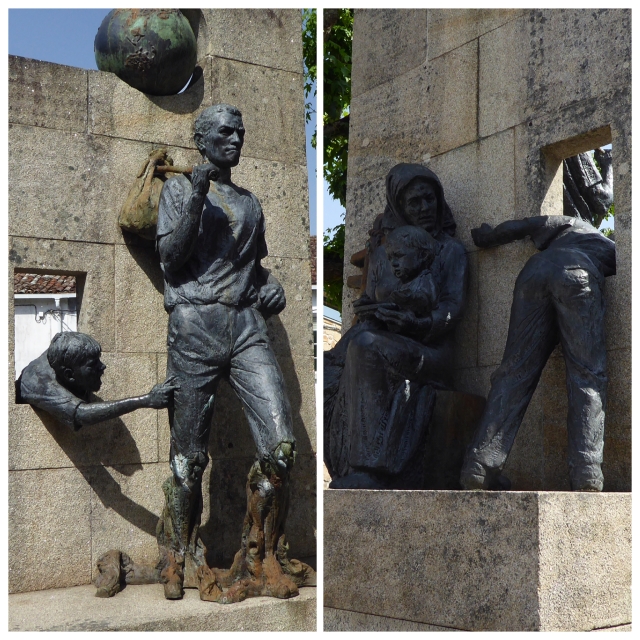 An evocative statue in Negreira

In the past I have stayed in Negreira, but this gives a short first stage, followed by two much longer ones. So I was delighted to see that a new albergue had opened a further 9 km along the road in the village of Piaxe, which means the walk to Finisterre can now be slpit into three equal stages of around 30 km. The albergue has several rooms with various numbers of beds, totalling 20. 12 euros. I was allocated a single bed in a room for three, so I did well as the other two occupants had already arrived. There are two modern bathrooms, a sofa and dining table, but no kitchen facilities. A big marquee is set up in the garden where we were served a very nice dinner for 9 euros.

There was some rain after I arrived this afternoon, but not the storm that is promised. Hopefully that will happen during the night and clear the air, bring the temperature down and give us a dry day tomorrow (very wishful thinking!) 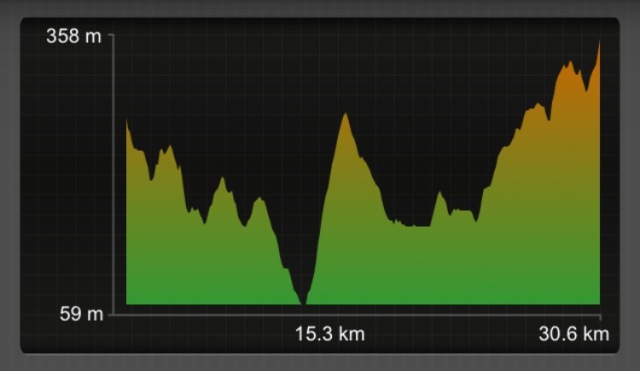