Just before I turned in last night the heavens opened and it poured down – I know not for how long, but I was hoping that the more that fell during the night, the less would be available to fall on us during the day. We made an early start this morning as it would be a long day, even though not a particularly long distance, but with so much elevation we would not be travelling at speed.

We left at around 06:30 and were a little daunted by a very heavy fog and limited vision. We had around 5 km to walk until we needed to make a decision about our route for the day and by that time I felt confident that the fog would lift. So we were going up, not down! As we started our ascent we rose above the fog which once again had settled between the mountains. With every sideways glance it looked more beautiful and as the sun rose and bounced off the mist it was even more so, and the clouds formed lovely patterns in the sky.

It was a day of climbs and stunning scenery. Walking above one deep, green valley after another. An almost constant steep ascent with very little level ground and also a few hard descents. The way was almost entirely on hard ground, mostly stony and hard on the feet, but with the occasional relief from soft springy grass. There were horses and cows grazing without boundary. 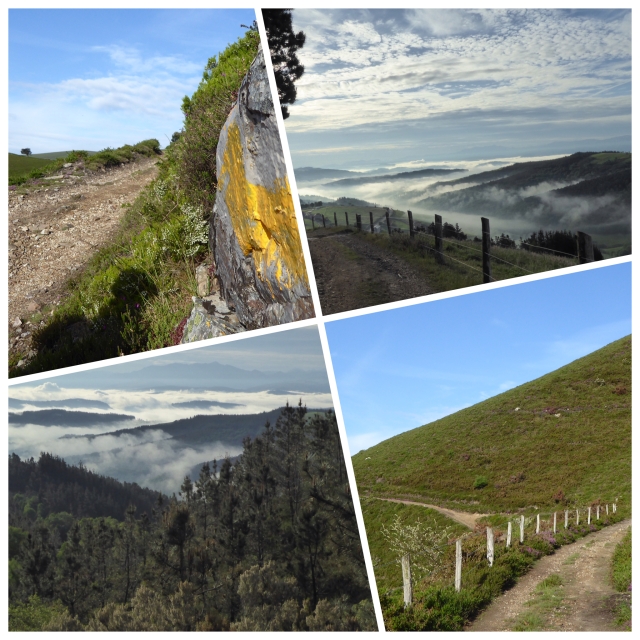 I walked mostly alone, having a faster natural pace than Marilyn, but we met up from time to time and made a couple of stops for a snack and lunch. There are no services on his walk for around 20 km. There is a bar not too far from our start point and another 4 km short of our finish. So we had to carry extra food and water for sustenance along the way and therefore, as is often the way during the more trying walks, our packs were heavier than normal, adding to the effort required.

But how lucky we were with the weather. As I predicted, we eventually left the mist floating over the valleys and walked in perfect conditions, neither too hot nor too cold. We have been absolutely blessed by the weather gods on this walk (do I hear the refrain ‘famous last words’? – I sincerely hope not). We seem to have been a day ahead or a day behind all threatened bad weather. I believe the saying goes ‘the sun always shines on the righteous’, and there I rest my case!

It was getting rather warm by mid afternoon and I was glad to find a tap amongst the stone buildings at around 20 kms and soaked both my buffs, one for my head and one to spread over my shoulders and neck – bliss. Marilyn wasn’t far behind and I shouted to her ‘had she found the water’ to which she replied that a woman had told her ‘NO’ in no uncertain terms. How strange, but maybe not when you consider how many pilgrims may pass by her door every day. There are many people on the trail at the moment. I would guess at least fifty on our stages since we started the Primitivo.

This seems to be a very friendly camino, the camaraderie amongst the very many different nationalities is strong and we have walked the same stages as a core group for several days.

Rain is forecast yet again for tomorrow – watch this space to see if our good fortune will hold out.

We are staying tonight in the albergue ‘Camino Primitivo’, spacious dormitory with good beds, separate bathroom facilities each with two showers and loos, no kitchen facilities but dinner and breakfast available. Wifi but no mobile signal, 12 euros.
The municipal albergue appeared a bit grim and the other private accommodation rather grubby. But apparently there is an overspill albergue that many are using tonight as all the others are ‘completo’.

There is already a complete brass section of snoring going on here and many are yet to come to bed, so I fear it is to be a night of greatly disturbed sleep. 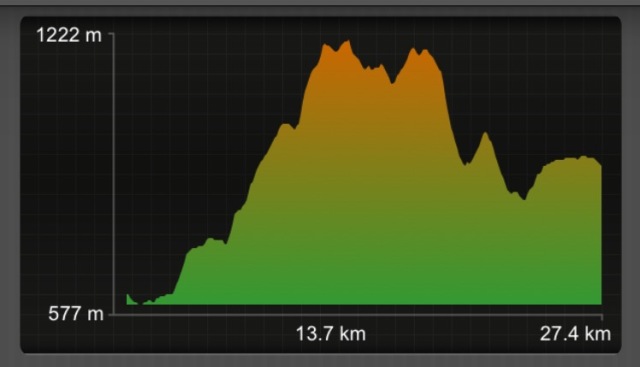 Trepidatious Traveller - camino blog is about preparing for and walking the Camino de Santiago. Many future pilgrims have found the blog useful and inspiring, and many who have no plans to walk the camino have simply enjoyed the dialogue http://www.magwood.me
View all posts by magwood →
This entry was posted in Uncategorized. Bookmark the permalink.