Last evening we met up with a couple of women (Dutch and German) and ate with them at a rather nice restaurant near the church (can’t remember the name), 13 euros for a menu. Rather expensive but also rather nice.

I walked alone all day, having left the albergue at 06:45. The first stage is through a park alongside the river – very lovely. I should have discovered this area yesterday and sat at one of the many picnic benches to write my blog rather than sit in my room. I continued on lots of lovely woodland tracks and paths between farm pastures. Although the sky was fairly clear when I started, there was a ground mist hanging over the land. 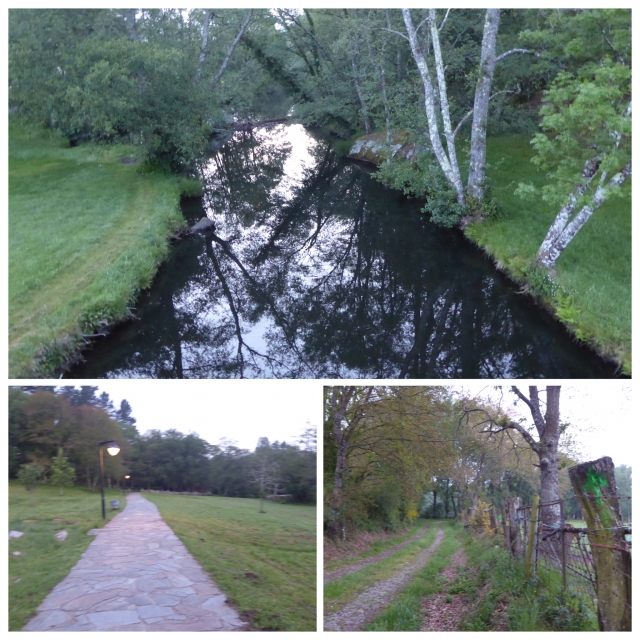 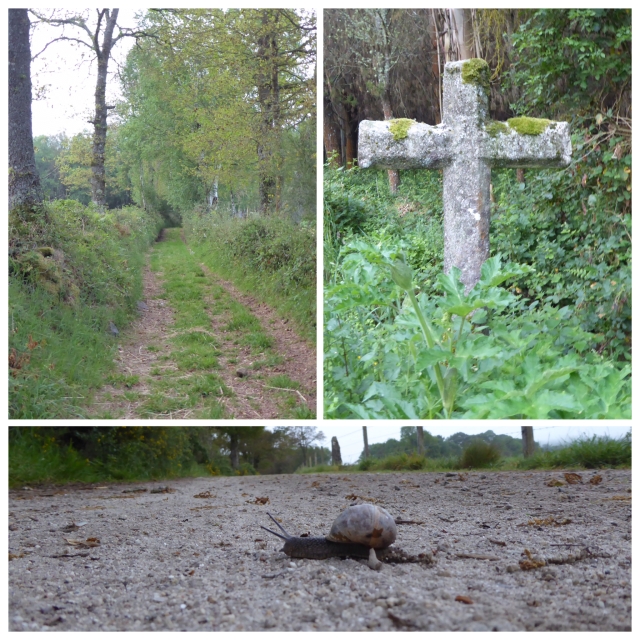 The green arrows are doing a fairly good job, but there are places where decisions have to be made and I could not see any indication as to which path to take. I would say it is essential to have a track downloaded to guide you when necessary. I am using ‘Maps.me’, which is excellent. 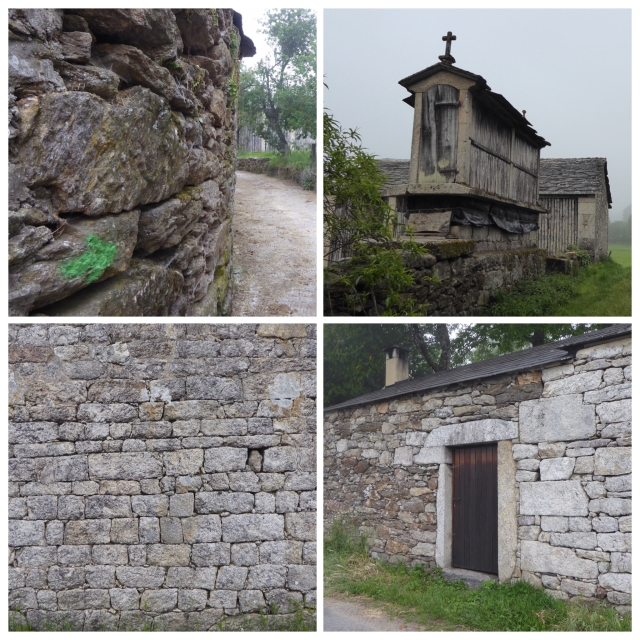 When walking through farmland there are often consequences. Farmers need to use tractors. Tractors create deep ruts in the paths. When it rains, water collects in the ruts causing extremely boggy conditions. Cows need to be moved from the milking parlour to the fields along these already muddy tracks. The mud becomes mixed with a good portion of manure making the going even more smelly and boggy and the cows give it all a good kneading and stirring until it is one deep mass of mush. Then along comes a jolly pilgrim with nice clean boots who has to negotiate these extended bogs that stretch right across the tracks. 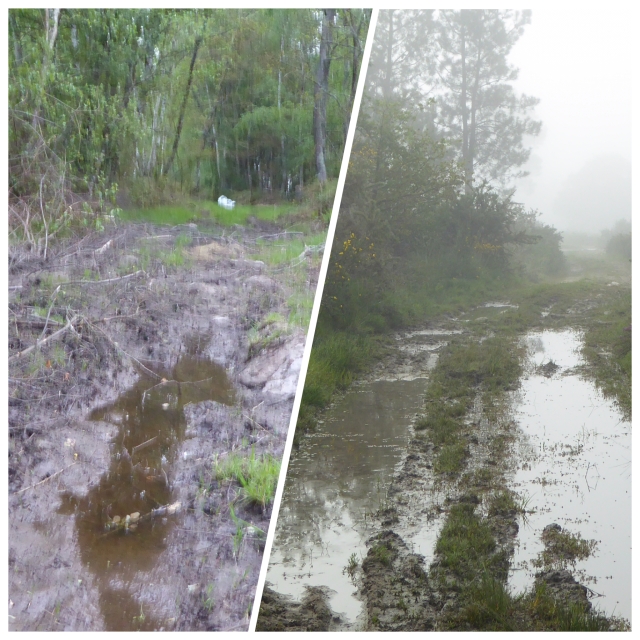 What seems like a fair challenge the first few times soon turns to misery. There is no way round. Occasionally there is a very narrow ledge to one side or the other that might be a bit dryer, but there are spiky brambles and pointy branches to pull at your bare legs and trip you up…always with the possibility that you might land face down in the mire.

There were an abundance of such conditions today. I soon grew tired of the challenge, my legs were scratched and my boots, already wet from walking through dewy grass, were now squelchy with swamp. But there was no going back and one stretch of bog lasted for a good 500 metres – very slow going.

This is not meant to be a moan, but a heads up to those who may choose this path. I have not encountered rain for many days, although I don’t know what has been happening right here, right now. But this is an area of regular misty conditions that create a damp atmosphere – so be prepared to squelch!

I have no regrets about taking this route. It has been beautiful and isolated, just how I like it. But I did take a good look at the route on ‘maps.me’ and at one point decided ‘enough was enough’ and could see an alternative route on the road that I opted for rather than encounter more bog.

At various points in the early morning the mist rose into the sky and vision was very limited. But the sun finally broke through the cloud at just after 09:00 by which time I had walked 10 km. 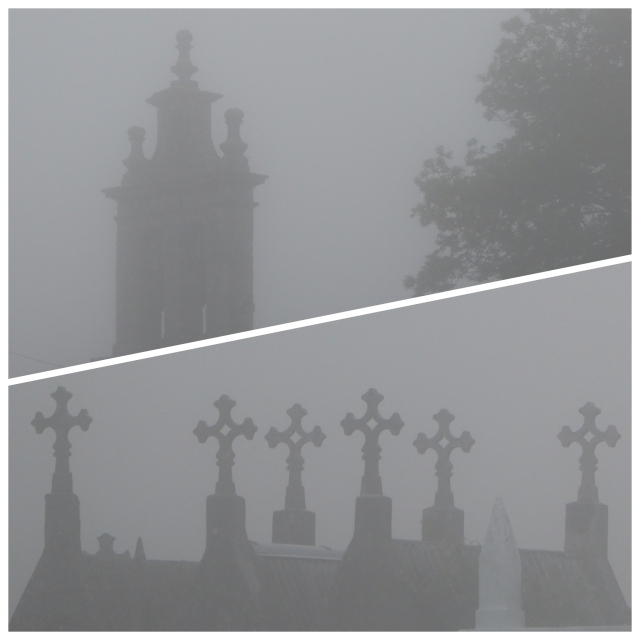 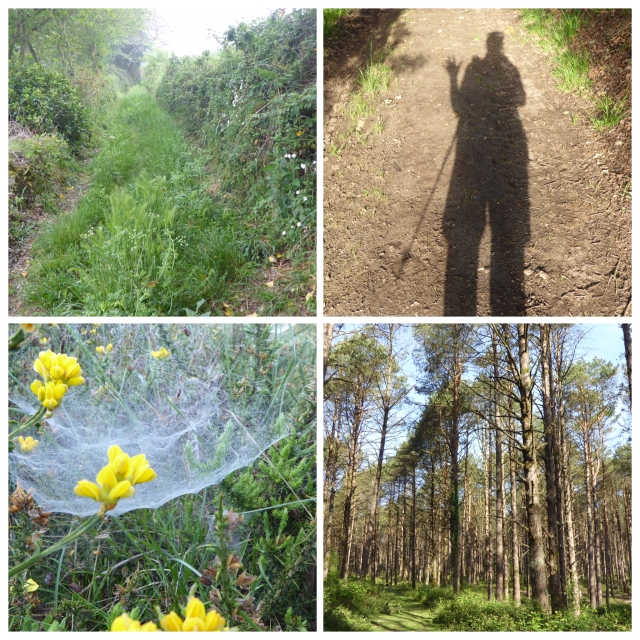 I entered the most delightful woodland at around 13.5 km and it seemed the perfect place to stop, particularly as there was a nice flat granite boulder that seemed to have my name written on it. I made myself a breakfast sandwich with a rather stale bread roll I had bought two days ago in Lugo and a piece of steak I had saved from last night’s dinner. And then I set about changing my boggy socks for a clean dry pair and changing my insoles so that the dry socks wouldn’t immediately become damp.

I passed through a few farmsteads and tiny hamlets and almost without exception, the big (and small) barky dogs were not constrained by either fence or chain and came bounding out of their territory to defend their honour. Almost without exception they either bowed to my friendly overtures and came up for a fuss, or slunk away as soon as I made eye contact. There was only one who showed signs of real aggression, but I am aware of what noises and gestures to make to keep an aggressive dog at bay, and no problem occurred, although I imagine that if one was to show fear the story may be different.

The second half of this stage involves a fair bit of road walking, but on quiet, pretty roads. And then, as I approached a road junction, quite unexpectedly I saw a camino mojon and realised I had reached the Camino del Norte at the town of O Mesón, and immediately I saw a number of pilgrims up ahead. 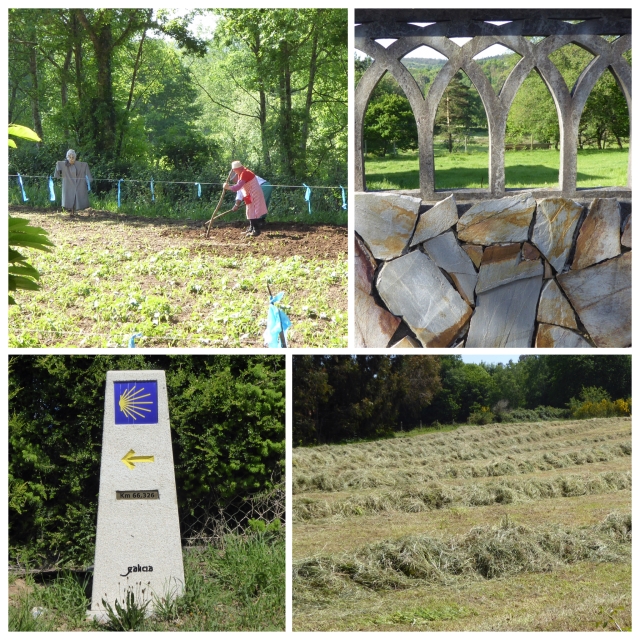 My initial plan was to walk on this stage to Sobrado dos Monxes where there is an albergue in the monastery. But as I walked I thought I might walk on a further 12 km which would give me a shorter day tomorrow (but a very long one today). I was fairly sure about plan ‘B’ until I arrived at Sobrado and saw the monastery. One does not get many opportunities to stay in such an ancient and spectacular building so I stopped at 27 km, leaving a stage of not much less than 40 km tomorrow. It had to happen either today or tomorrow and the lure of the monastery won out. 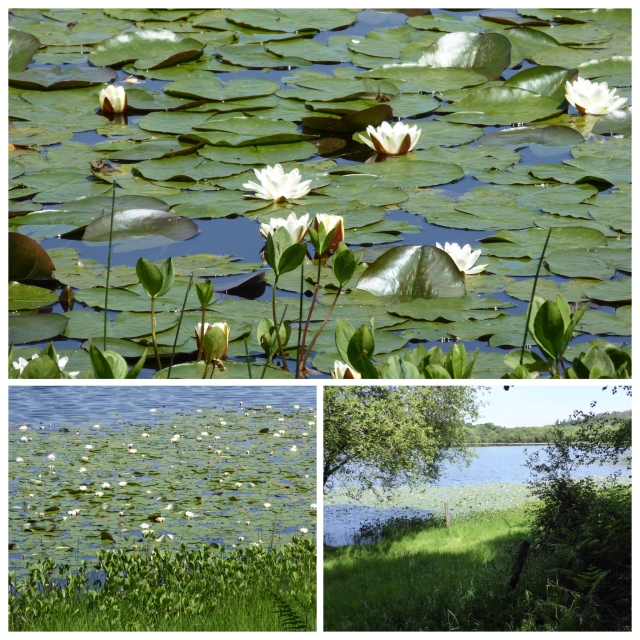 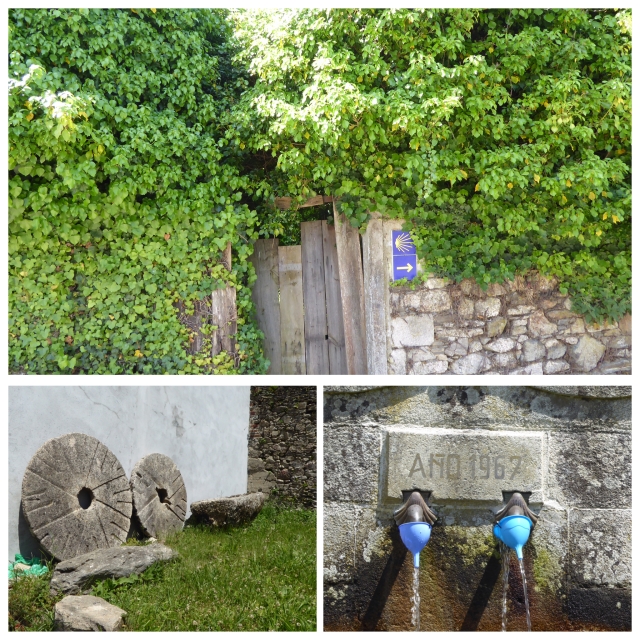 I arrived at around 13:45 and was registered by a most personable English monk. I was advised that the property was locked between 14:00 and 16:30 and I had the choice of being locked in or locked out. I chose the latter and wandered the town before eating a mediocre salad and drinking a rather nice glass of wine.

My penance for such a delightful albergue was that the showers weren’t working by the time I got in, just a intermittent drip of water. But I have just listened to the monks singing vespers and taken a look around this huge monastery, mostly unused but open for us to take a look around. It’s absolutely massive with the most incredible stone carvings throughout. There are two cloisters. There are only fourteen monks here now, in a building that was designed for 250. I hope the place can be maintained – it would be a crime to let it deteriorate. 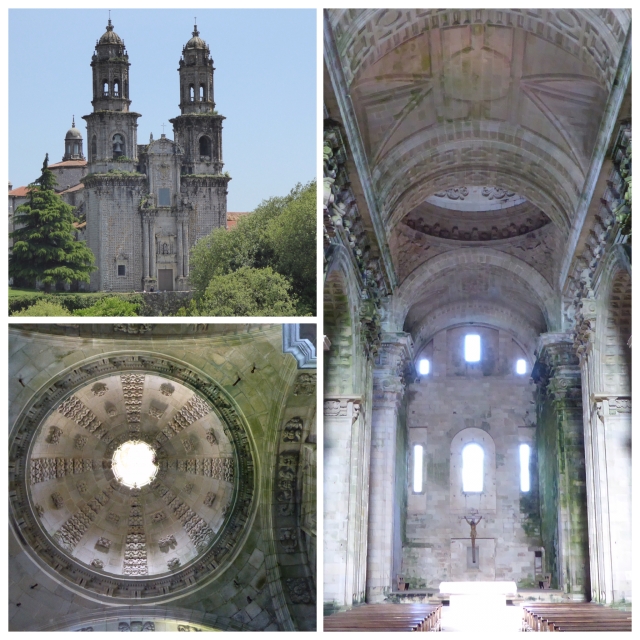 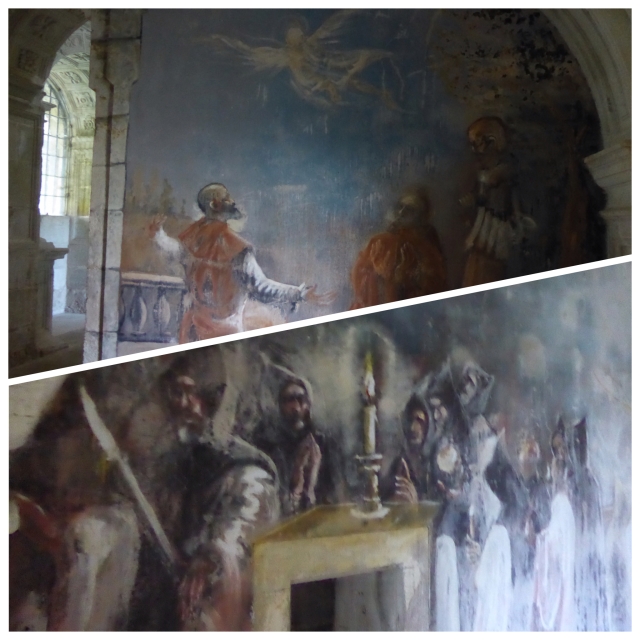 I think I counted 24 places in bunks in one dormitory, separate bathroom facilities, a reasonable working kitchen and dining area and endless outdoor space to sit around in the sunshine. 6 euros. 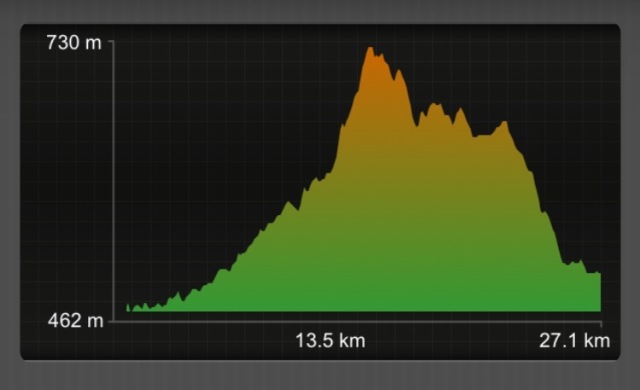